Hotel Cafe Royal has always been a memorable place for me as one of the most luxurious afternoon tea venues that I first visited when I first moved to London. The true definition of luxury, this stunning hotel enjoys an unrivalled setting on Regent Street, that combines the elegance of Mayfair, energy of Soho and sophistication of St. James. Within this remarkable space is the Oscar Wilde Lounge, formerly known as the Grill Room before it was renamed in honour of their most famous patron - a room filled with history, it was where Oscar Wilde fell in love with Lord Alfred Douglas, Aubrey Beardsley debated with Whistler, David Bowie retired Ziggy Stardust and Mick Jagger, the Beatles and Elizabeth Taylor danced the night away!

Today, this dramatic setting, with its ornate golden frames and mirrored walls, is home to Hotel Café Royal's afternoon tea service, recently awarded a Highly Commended Award at the Afternoon Tea Awards 2019. In the middle of the room is a grand piano where a live pianist plays classical tunes to match the ambience. 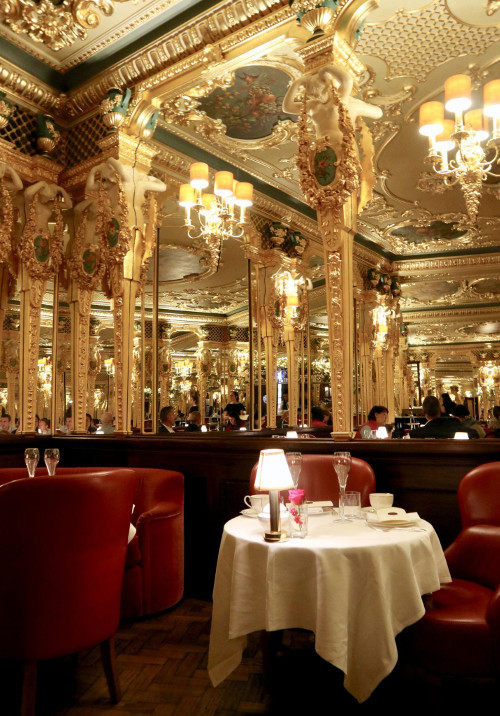 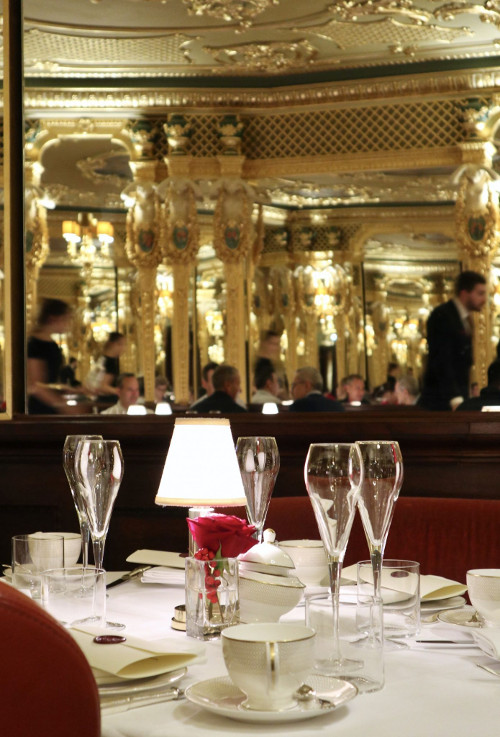 In celebration of the 200th anniversary of one of the most beloved British monarchs, Queen Victoria, Hotel Cafe Royal's Afternoon Tea service and menu are inspired by the Victorian era, the birthplace of Afternoon Tea. The menu features dishes, ingredients and production techniques that came into fashion during Queen Victoria's reign and is inspired by her life, influence and personal favourites.

The Festive Edition which recently launched is inspired by Queen Victoria's Christmas and New Year celebrations in 1894. We kicked off the festivities with glasses of N.V Veuve Clicquot, Brut. And of course no traditional British afternoon tea would be complete without tea - their tea menu consisted of a hand-picked selection of over 25 exclusive tea blends and infusions, from which I chose the Lapsang Souchong. A distinctive tea with flavour notes that are dark, rich, and fruity with smokey undertones, it was named after Oscar Wilde, a reflection of a complex, sophisticated man who was admired and loved by many for his brilliance and wit, but persecuted by others for his lifestyle. 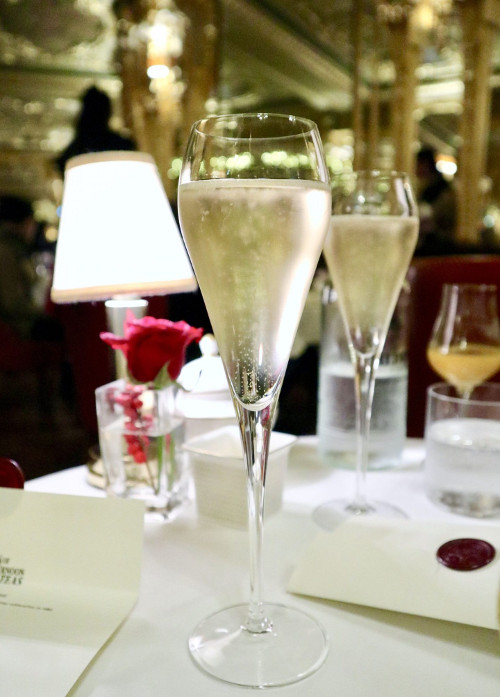 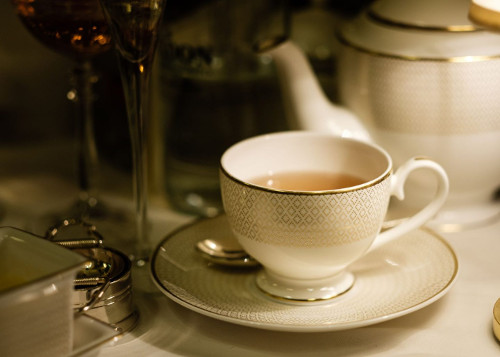 We started with an appetizing amuse bouche which was a warm carrot velouté with celery, sprinkled with Bellota Ham, created by Charles Elme Francatelli who was once the Royal Chef to Queen Victoria. Our first tier of savouries soon arrived, which consisted of a selection of dainty tea sandwiches:

And at the top tier lay a hearty game pie that had an elegant golden pastry crust, which cut open to reveal a sumptuous meaty filling - a gift from the Lord Lieutenant of Ireland, Lord Cadogan. Sandwiches were refillable and I could not resist having seconds of the tasty turkey sandwich - the festive season somehow appears to be the only time that I love to indulge in turkey meat! 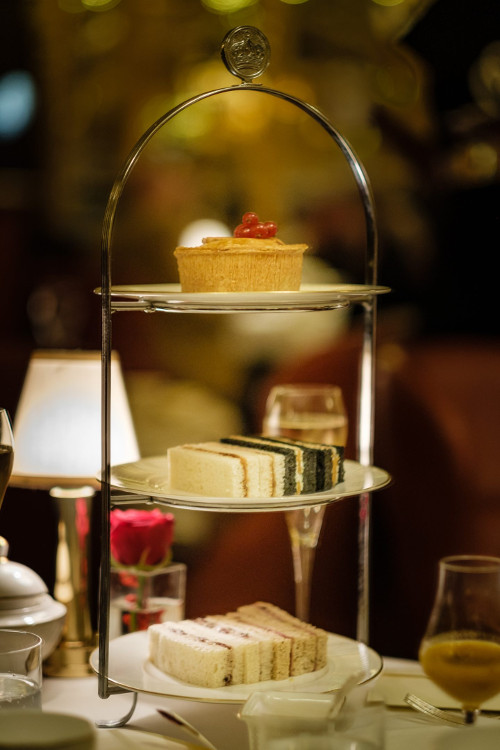 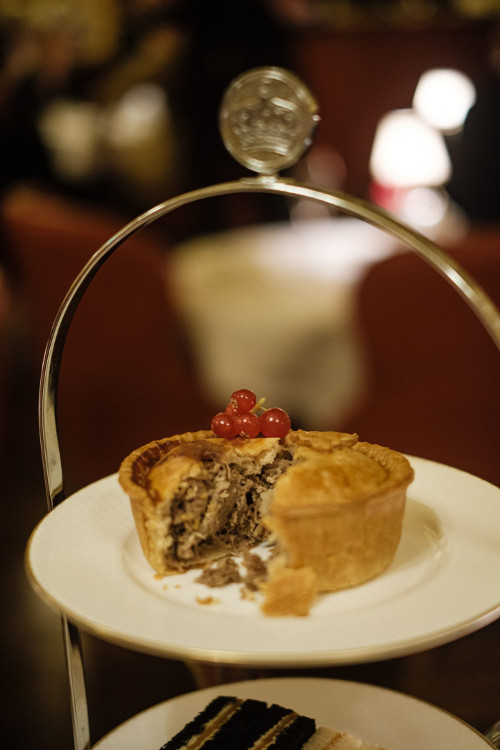 In between our savoury and sweet courses, we were served a palate cleanser of Rosé champagne jelly topped with fresh berries - I have always loved jelly, and that was certainly a refreshing (and boozy!) treat. I had also decided on a change of tea and tried the Phoenix Honey Orchid oolong tea, otherwise known as Mi Lan Dan Cong) - known as the champagne of Oolong tea, it is an extraordinary tea with an arresting floral aroma of peach, lychee, honey and orchid. 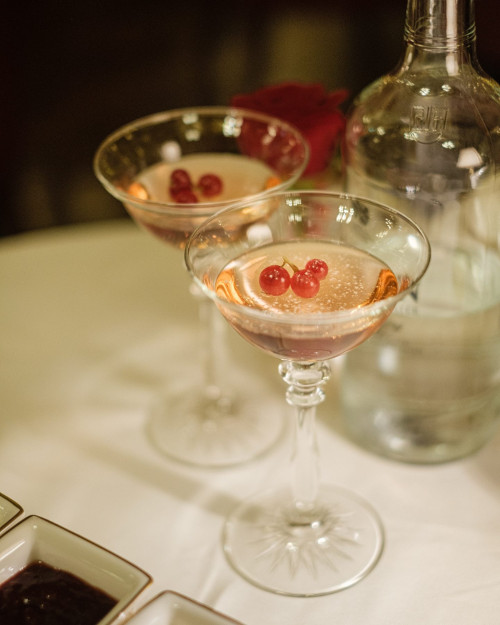 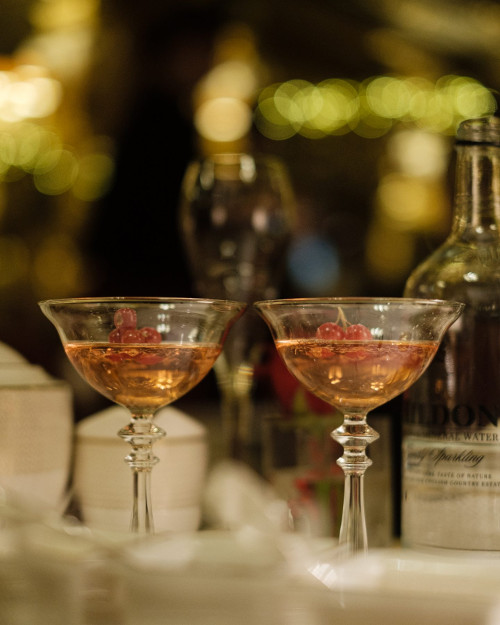 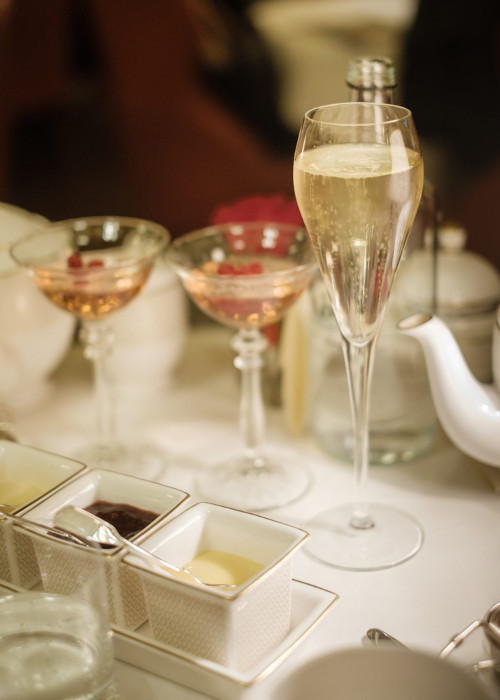 Our next stand of sweet delicacies soon followed - we tucked into the scones whilst they were still warm: buttery and fluffy traditional raisin and plain scones served with clotted cream, homemade strawberry jam, and a tangy lemon curd.

The vibrantly coloured sweet pastries included a chocolate & cherry cake with vanilla cream made into the shape of a Christmas bauble, a cute Christmas tree-shaped Christmas pudding vanilla tart finished with a green cinnamon ganache, a traditional Victoria sponge with chantilly cream, and my favourite of them all, the crispy coconut & pineapple choux. 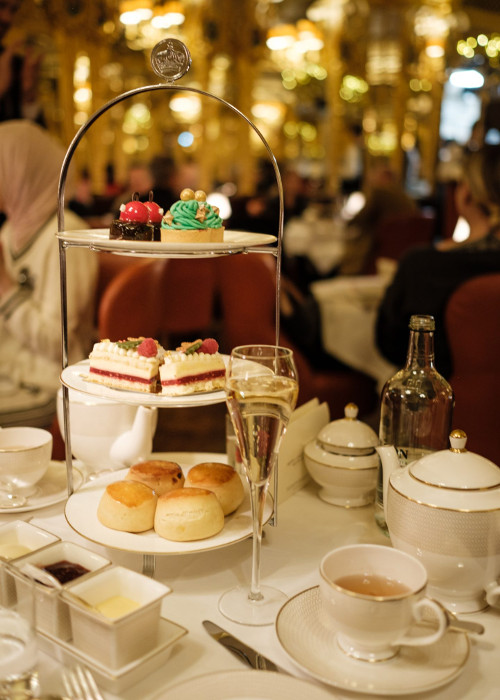 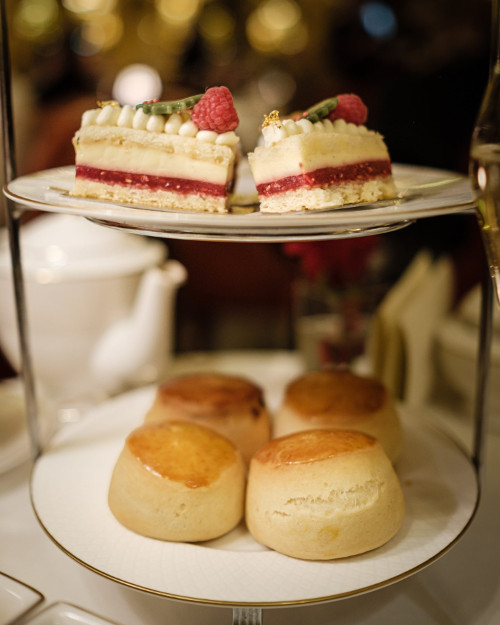 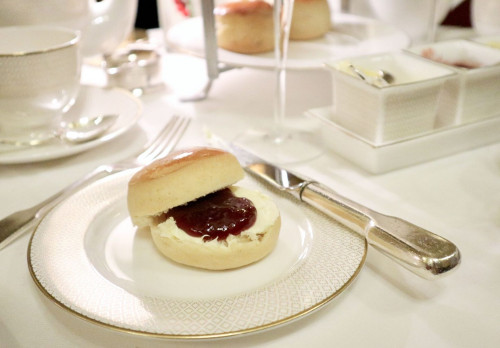 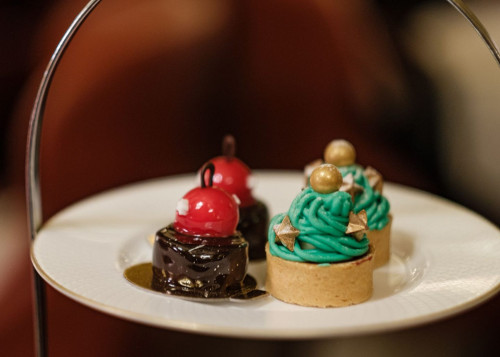 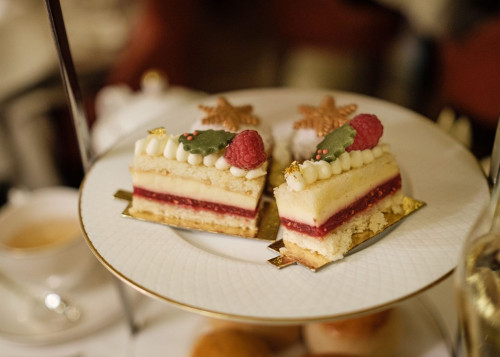 A remarkable venue with a perfectly executed afternoon tea service to match, The Festive Edition afternoon tea at Hotel Cafe Royal is indeed an experience not to be missed this season.