We visited Conrad London St James to try the newly launched Gin tea menu with all the usual delicious trappings of Afternoon but with a flight of expertly created gin cocktails and complimenting sweet treats.

The last time I had experienced an Afternoon Tea with alcohol pairing was at Dukes London which left us thoroughly satisfied, albeit slightly tipsy, and being a fan of gin, the Gin Afternoon Tea at Conrad London St James certainly sounded like something up my street.

A fitting time to be served, in the middle of a Gin renaissance, The Gin Afternoon Tea was served in Emmeline's Lounge, named after the 19th century British political activist Emmeline Pankhurst; a warm and cosy space to enjoy a quintessential and leisurely British tradition. 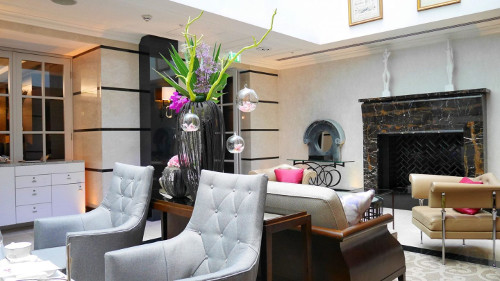 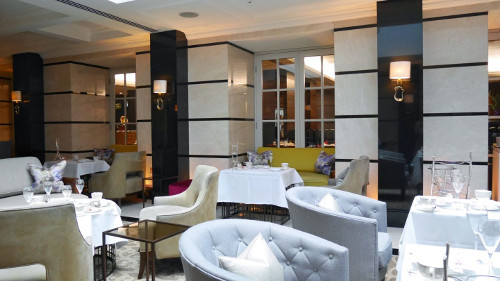 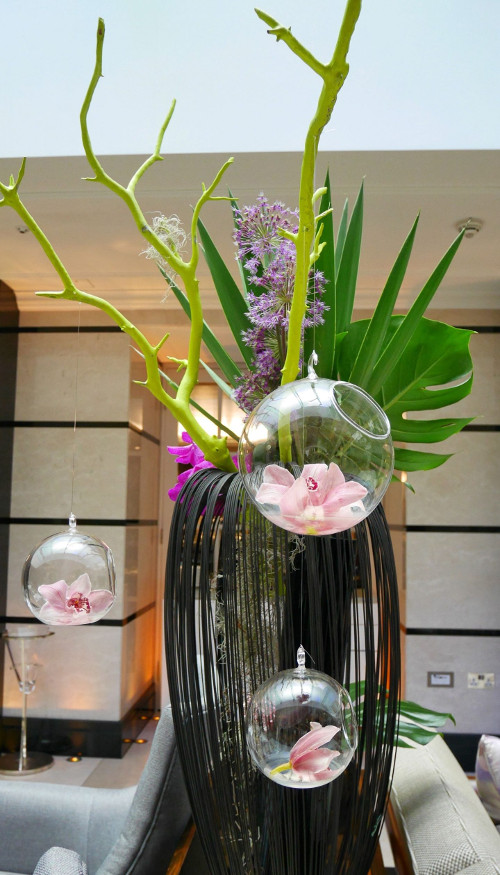 Glasses of much welcomed G.H. Mumm Champagne were brought over to us whilst we perused the tea menu, from which both of us eyed their unique selection of blended black teas. I went for the Afternoon Tea Blend, a regal blend of Darjeeling, Oolong Formosa, and a hint of Chun Mee, whilst Tiffany chose the Earl Grey with Blue Flowers, an aromatic blend of Chinese Earl Grey infused with blue & mallow flowers, and a hint of orange. 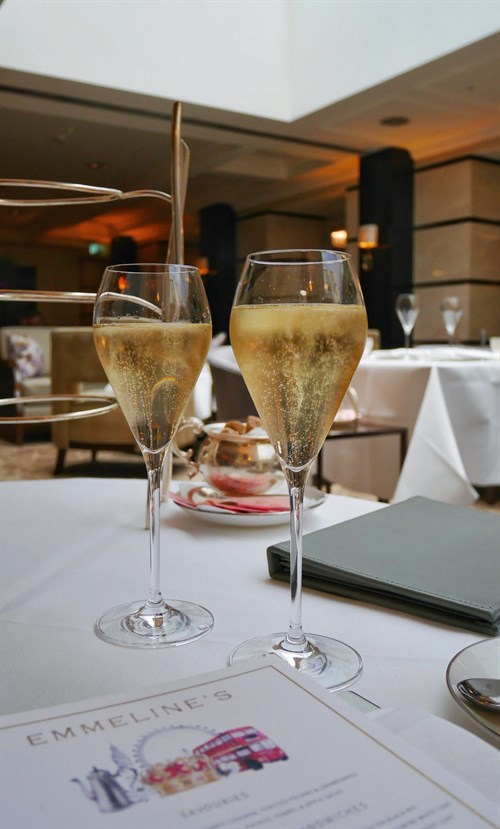 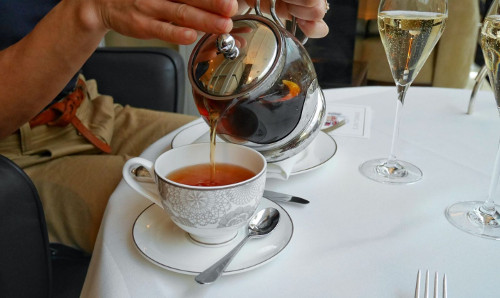 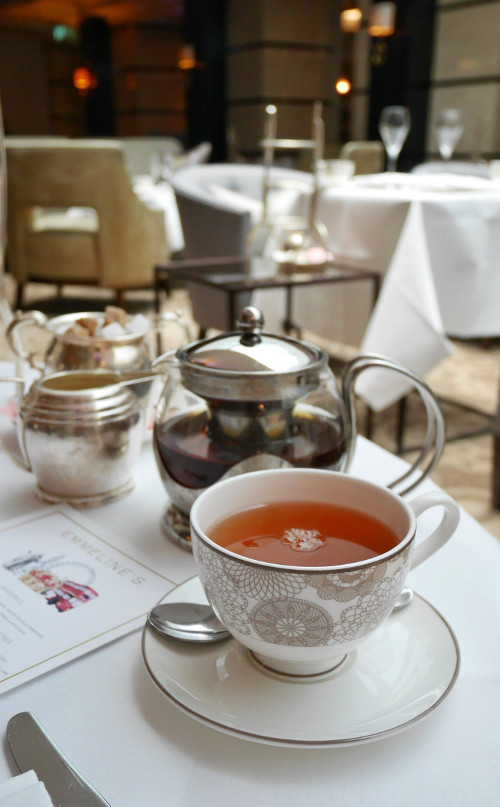 As much as I was tempted to tuck into the sweet cakes and pastries that were laid out ready in front of us, I generally enjoy starting off with the selection of classic sandwiches. The sandwiches were fresh and delicately sliced, and had decent amounts of filling. There was curried free range hen egg mayonnaise with toasted almonds & golden raisins on country white loaf, sloe gin pickle cucumber, avocado & dill mayonnaise & juniper berry cream on beetroot loaf, and Wiltshire ham, mature cheddar cheese with apple & plum chutney on walnut loaf. Taking after my mum, I have always been partial towards smoked salmon, and so my favourite of them all was undoubtedly the London City gin cured salmon with citrus cream & Hampshire water cress served on a slice of black rye.

On top of all those tasty savoury finger sandwiches, there was a delicious duo of savouries - more food is always a plus for me! The Ole Tom cured atlantic herring served with a lightly dressed potato, fennel & apple salad was refreshing, whilst the cheese-y gougères filled with a delectable truffle & tarragon confit chicken, toasted pecans & cranberries definitely had me craving for more … I would have happily devoured an entire platter of that. 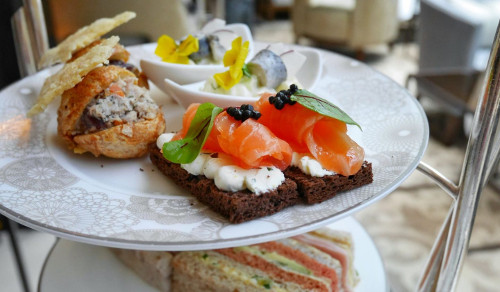 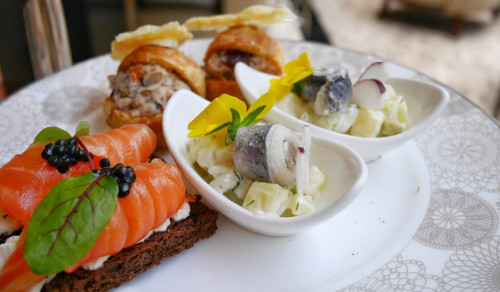 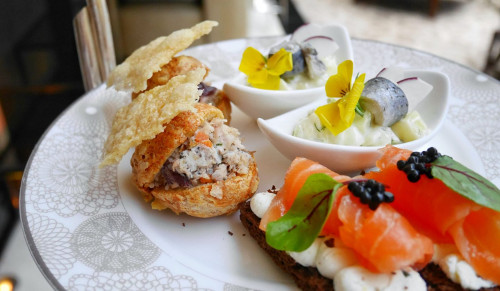 Just as we were done with the savoury options, our freshly baked scones were promptly whisked over to us, warm and fluffy just as I like them. I have always preferred my scones to be served separately, because there's something rather comforting about reaching out for a scone that's still warm to the touch. The homemade plain and fruit scones were served with a tangy lemon curd, sweet strawberry compote and Devonshire clotted cream. 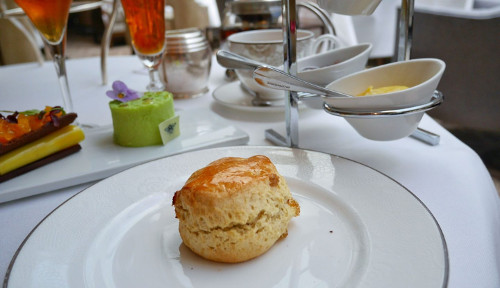 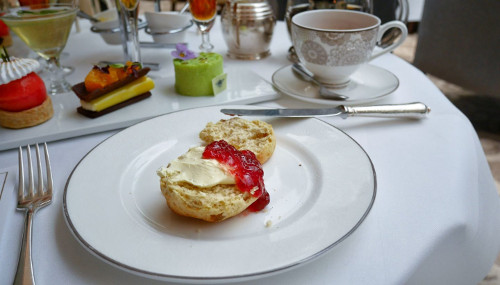 Having resisted the temptation for a commendable duration of time since we started, we eventually tucked into the cakes and pastries which were almost too pretty to eat. Each of these tantalizing delights were accompanied by mini gin-infused cocktail tasters, created by their experienced in-house mixologist and Executive Pastry Chef in partnership with the City of London Distillery.

The eye-catching charred lemon & pink grapefruit tart with rosemary meringue had a delicate pleasant taste. This was paired with the refreshing London Square Mile, which was The Square Mile gin infused with Sae Midori Kabusecha green tea. However, it was the other two cakes that were the highlights of the whole meal for me. The cheesecake centre was smooth and creamy, sandwiched between extremely light and crumbly pieces of juniper spiced chocolate crust, and the bittersweet orange compote added a nice finish at the end. This was nicely complemented by the Japanese Six Bells, a concoction of Six Bells gin infused with Kyoto Oolong Tea & Cointreau Liquor. I had a feeling that the elderflower jelly honey cake & pear mousse delice was going to be my favourite amongst them all, and it certainly did not disappoint. Not too sweet, and so moist that it literally melted in our mouths. The Indian Dargi'n' Tonic was a good match, made from Old Tom gin infused with Darjeeling tea & tonic. 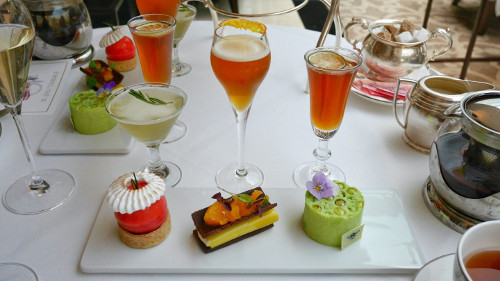 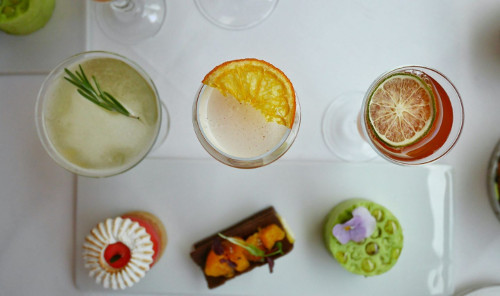 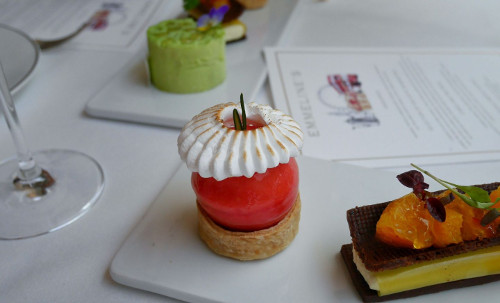 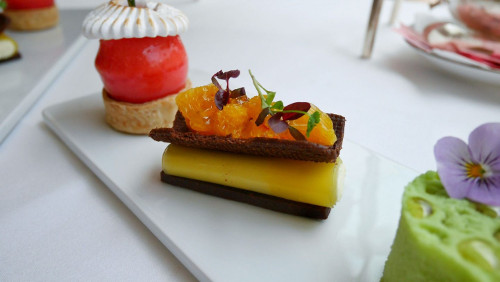 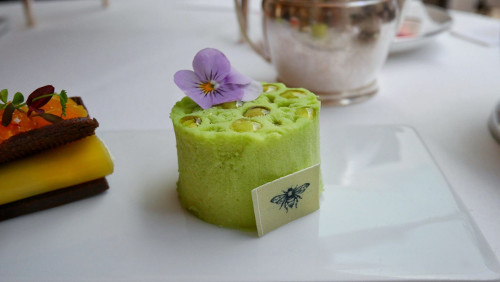 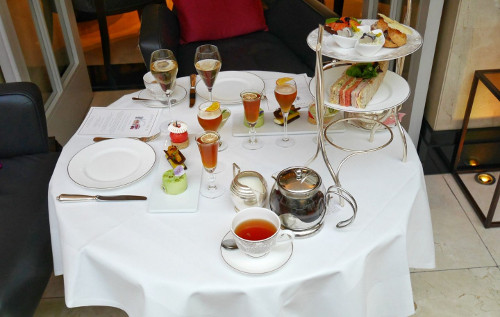 The Gin Afternoon Tea definitely lived up to my expectations, complemented by the very attentive and efficient service from the staff.