Why we should thank the duchess and her rumbling stomach

We all love Afternoon Tea, but who do we thank for this age old British tradition? 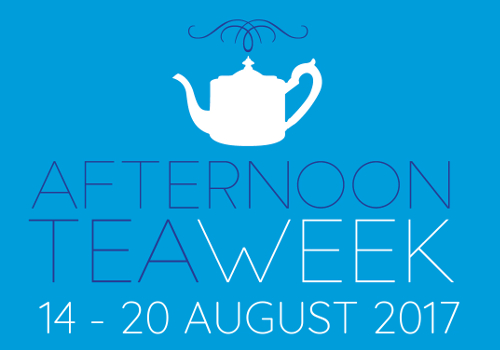 Victoria sponge layers cemented together with a pool of raspberry jam and lashings of whipped cream.  Salmon and cucumber sandwiches, their crusts removed and presented in dainty sized rectangles or triangles. Scones beckoning your knife to slice through them and spread the jam, soon to be topped by a generous dollop of clotted cream, or if you prefer (and either is equally acceptable) the cream spread first, topped by the lush fruity jam.

Afternoon tea has become such a part of our lives that as we sit in joyous expectation awaiting the scones and other goodies to be laid before us, we give not a passing thought to how this beloved tradition actually came about.  A 'traditional afternoon tea' is a surprisingly new custom and National Afternoon Tea Week is an opportune time to reflect on how, if it hadn't been for one woman, we may never have enjoyed this wonderful indulgence.

Anna Russell was the 7th Duchess of Bedford and resided at Woburn Abbey, a well-known stately home now much visited by the public.  The year was around 1840 and Queen Victoria had recently succeeded to the throne. Anna, Duchess of Bedford was a great friend of the young queen and had been one of her closest confidantes, a position officially termed 'Lady of the Bedchamber'. In the Duchess's own Bedfordshire household, a satisfying lunch was taken at midday, but the evening meal was served fashionably late, between 8.30 and 9.00 pm. Sitting in her rooms, Anna would become rather pecking around the middle of the afternoon.

One day she asked her servant to accompany her pot of refreshing afternoon tea with, "Perhaps a few sweet items and maybe a couple of small sandwiches as well". The servant nodded obediently to this rather odd request from his mistress, and the tray of enticing nibbles duly arrived.  This certainly did the trick in helping Anna to stave off the pre-dinner hunger pangs, and it quickly became a habit. Subsequently Anna invited some of her women friends to join her for her mid-afternoon treat. Whether they mentioned this new indulgent habit to their husbands remained a mystery but Anna certainly mentioned it to her friend Queen Victoria. The queen rather liked this idea too and introduced afternoon tea at court. This soon became a pastime with social status, and by the end of the 19th century women found they could even meet each other in public tea rooms without risk to their reputation.  It was in these tea room gatherings that the women's emancipation movement started to gain traction.

Some factory owners in the Victorian Industrial Revolution encouraged tea drinking, accompanied by sweet items, during their workers' short afternoon break. The tea would help revive the weary labourers and the sugary snacks would boost their energy to continue the long working day.

By the way, the act of immersing leaves from a tea bush in boiling water to create a refreshing drink came about serendipitously.  It appears that some 5,000 years ago a Chinese emperor called Shen Nung was journeying to a far flung province.  Avoiding risk to his constitution, he liked to partake of his drinking water after it had been boiled.  On one occasion during the long journey, his servants failed to notice that a few leaves from an adjacent bush had been blown by the wind into the water boiling pot, and these too were boiled along with the water. A golden coloured liquid was presented to the emperor, and he must have been very thirsty, as he chose not to quibble but drink it down.  He found it to be a surprisingly refreshing beverage and as legend goes, it was here that the drinking of tea was born.  The emperor's brew did not arrive on European shores for a further 4,500 years, when the 15th century Portuguese explorers brought it back to their country.

Some English explorers and traders had encountered it too, but its use was considered for purely for medicinal purposes.  It was actually a Portuguese-born queen of England, Catherine of Braganza, the wife of King Charles II, who popularised tea drinking in this country, as she had brought a case of it with her to England as part of her dowry for her royal marriage in 1660.  Because Queen Catherine introduced it at court as her beverage of choice, it gained social acceptance and found its way into London's coffee houses, at that time the preserve of men. The diarist Samuel Pepys writes very favourably of his encounter with the drink and several decades later Samuel Johnson, compiler of first English dictionary, enthused by saying, "You cannot make tea so fast as I can gulp it down". It was now becoming a refreshment rather than a medicine.

Tea bags also came about by chance. In 1908, the New York tea merchant Thomas Sullivan started sending tea samples out to his customers in little silk sachets, intending them to be opened and the tea leaves emptied out into the pot.  Some of his customers misunderstood and immersed the silk sachets into the water filled tea pots with their contents still inside. Result - tea bags!!

I love speaking about the history of afternoon tea to diverse audiences, as there are so many unknown facts and social nuances associated with this wonderful meal.  Why were tea gowns considered risqué in the late 19th century? How did the craze for tea dances come about? Who first created the 'upwardly mobile' paper doily? Milk first or tea first, which is better?

Even if in our fast paced lives, afternoon tea can most usually consist of a quickly brewed mug accompanied by a custard cream, life would certainly be poorer without this magnificent tradition. So thank you dear Duchess Anna for your afternoon tummy rumblings.