Afternoon Tea at The Connaught


We were lucky to try the exquisite Afternoon Tea at the newly opened Jean-Georges Lounge in The Connaught Hotel in Mayfair London one sunny day. 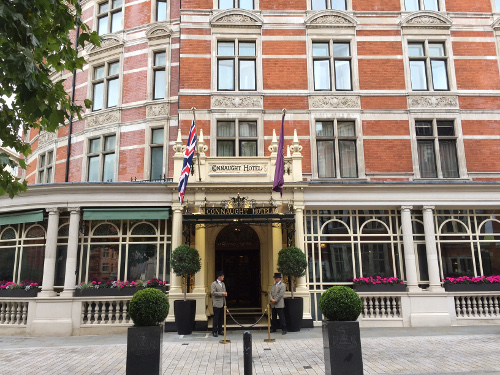 Walking through Mayfair is a joy on any day, but when the sun is smiling down on you it is all the better, and when we visited The Connaught for Afternoon Tea the weather was phenomenal.

My guest and I were greeted at the front door by two doormen, and welcomed inside the cool marble foyer. 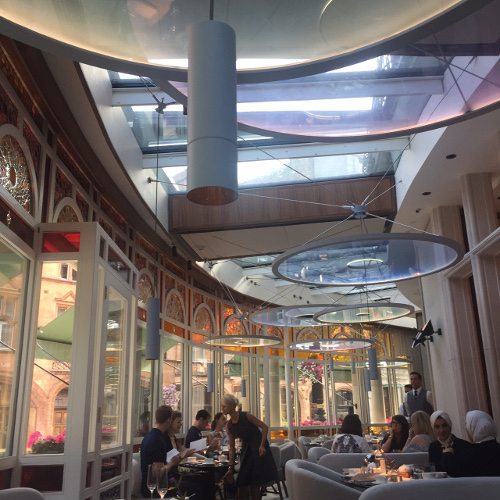 Afternoon Tea is served in the Jean-Georges lounge. Esteemed French artist Jean-Michel Othoniel - who's impressive back catalogue of clients includes Chanel - has added orange and red stained glass accents to the windows adding a warm feel to the sleek modern space. The sunlight streamed through the windows, and the glass ceiling made us feel as though we were sitting outside.

The menus at The Connaught have been designed by chef Jean-Georges Vongerichten who has been awarded three Michelin stars at Jean-Georges in New York, and the Afternoon Tea has been created by executive pastry chef Nicolas Rouzaud, whose past experience includes the esteemed Lanesborough Hotel. 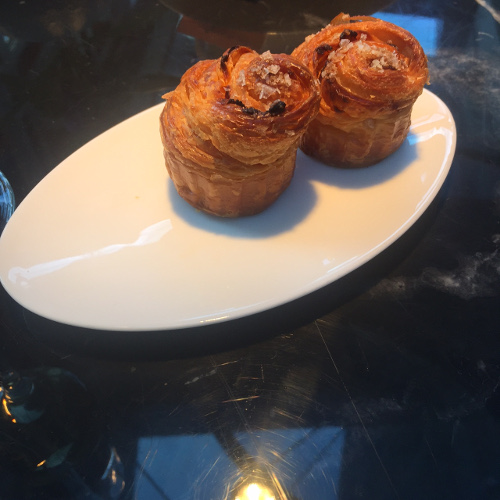 The experience began with an amuse bouche which was perfection - perfectly seasoned brioche with sundried tomato. As we settled in to our comfortable seats, we observed that every element of the tea has been considered in minute detail. We were made to feel very comfortable by the present, but none-intrusive staff members.

We had the opportunity to select our tea. My guest chose their Assam first flush, and I opted for the blend called 'Marco Polo' - a tea which contains fragrances of Chinese and Tibetan flowers - the taste of which was unlike anything I have experienced and was velvety and delicious.

We couldn't help but notice the amazing view from the lounge across Mayfair. We were informed that hopefully next year guests will be able to enjoy Afternoon Tea on an outside terrace. 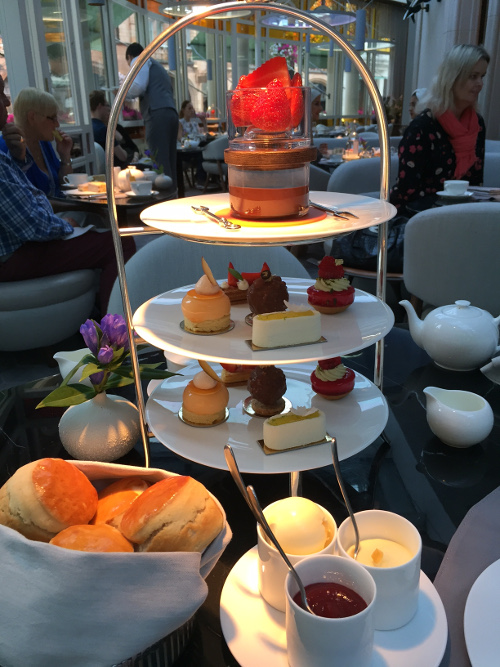 As we progressed to the traditional elements of the tea, we were first presented with our sandwiches. Each of the breads used for the sandwiches are baked fresh in the hotel's kitchens every day and are neatly cut into perfect fingers. Each bread differs from the last, complimenting the fillings. The cucumber sandwich has been made with a Dutch style bread, and the Coronation Chicken with a special brioche. Next, the stand and the scones were brought out, and what an impressive sight it was! We barely knew where to begin. The stand featured a sweet delicacy plate each, and, at the top, a chocolate fondue with fresh strawberries. 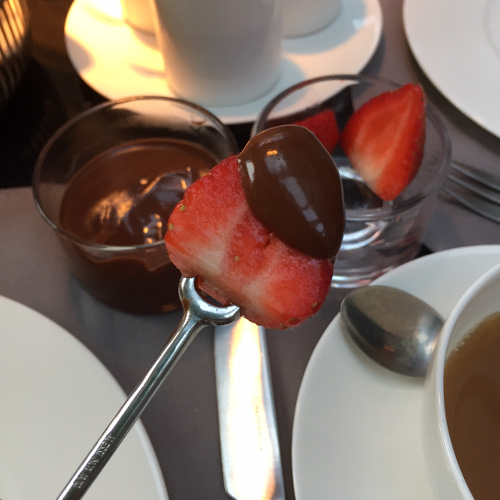 We were advised to start with the chocolate fondue, and we both agreed that it was a most enjoyable start to the next stage of the Afternoon Tea. Everything you could possibly want is pre-empted, and nothing is too much for the friendly and courteous staff. If we so much as attempted to pour our own tea, as if by magic someone would appear at our table to do it for us. 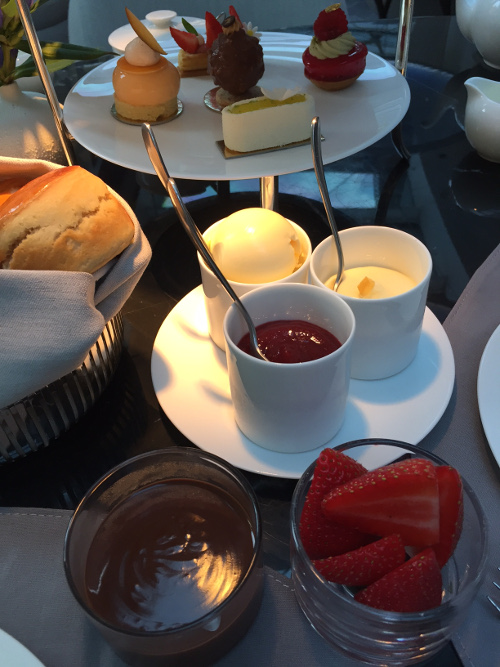 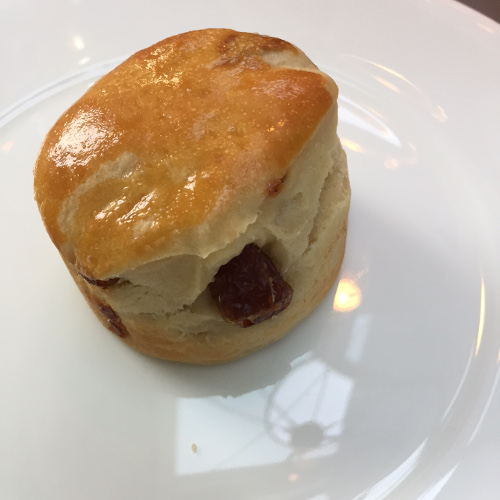 Next up, the scones. We were given a plain and raisin each to enjoy, and they were served with a homemade strawberry jam, lemon curd and Cornish clotted cream. Each was delightful, we thought in particular the lemon curd was a good addition - tangy, rich and delicious! 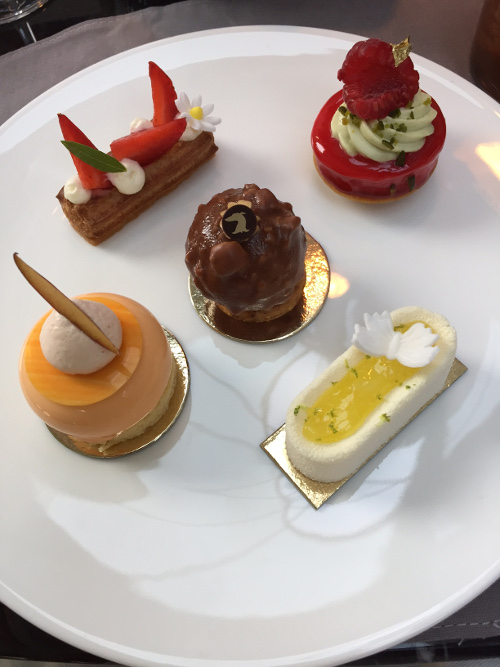 We finally made it to the sweet plate. The desserts look almost too gorgeous to be edible! We started with the peach dessert, which featured almond, peach Chantilly and peach compote. As we tasted all of the delicate flavours, any concerns over destroying the pretty desserts were abandoned.

Well-fed and watered, our leftovers were packaged in a gorgeous goody bag to take away, along with a sample of the Marco Polo tea, which I had so much adored.

Afternoon Tea at The Connaught was an absolutely exquisite experience, and one that I will never forget. 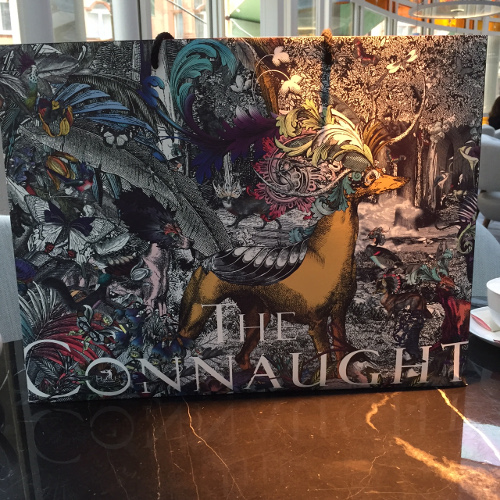 More about The Connaught