Afternoon Tea at The Lanesborough


The experience of taking Afternoon Tea at The Lanesborough happens long before settling in at your table. From the palatial entrance to the warm greeting of the doormen, every inch of the place has been fine-tuned to give you the most luxurious afternoon.

This Michelin-starred restaurant focuses on French fine-dining and haute cuisine and have put a modern spin on Afternoon Tea. 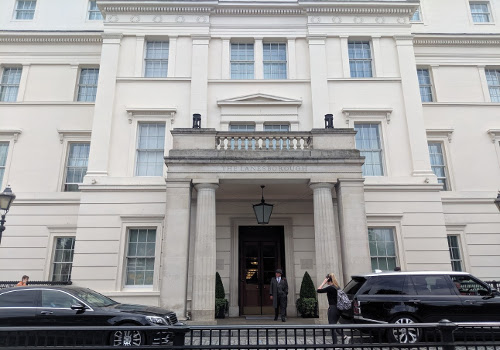 The interior of Celeste is bathed in natural light from the domed ceiling, filtering sunshine onto a gilded space. It exudes Parisian luxury, with vintage mahogany furniture, ornate light fixtures and a golden folding screen at the entrance to the dining room, the décor reminiscent of Beauty and the Beast's castle (which helps fill in the gap left behind by the Tale As Old As Time Afternoon Tea) - it was truly awe-inspiring. 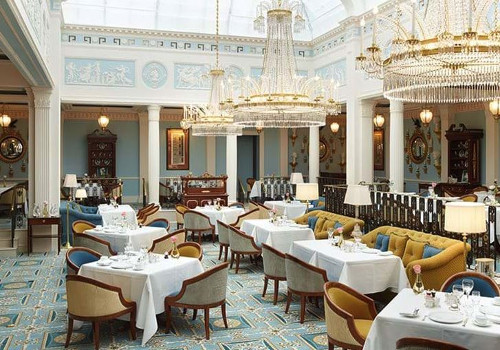 When me and the AfternoonTea.co.uk team visited on a summery weekend afternoon the place was a serene haven filled with laughter from tables of couples, friends and a quiet family all basking in the sunshine and the beautiful music from pianist Brian Morris, who has played at The Lanesborough for a quarter of a century.

Everything has been fine-tuned and pored over until pristine though the atmosphere is less stuffy than this sounds, mainly thanks to the relaxing charm of the staff and the luxuriant pacing of the courses. We were swiftly offered a crisp glass of champagne and visited by the maître d' who gave us a helpful read through of the menu and was informative, welcoming and approachable. 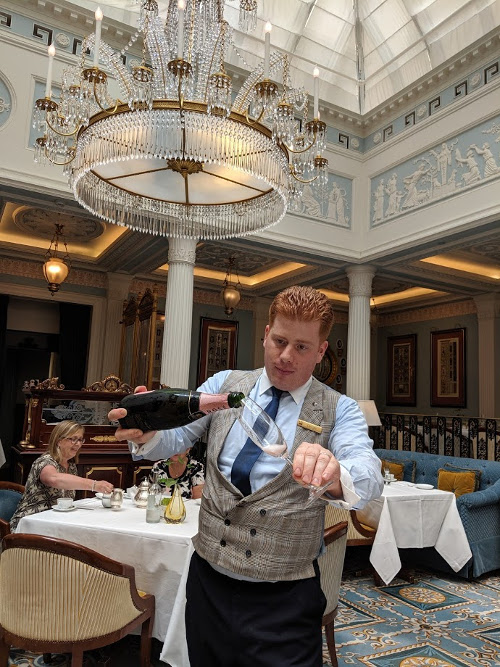 Executive Head Chef Steeven Gilles has stepped away from the traditional three-tiered stand of finger sandwiches to create something more inspired with a brand new 'Sweet Summer Afternoon Tea', yet it still retains its British tradition and refinement. Beginning with a chicken bon bon - plus a vegetarian option - which were perfectly crisp on the outside, soft and flavourful inside, we knew we were in for a treat. 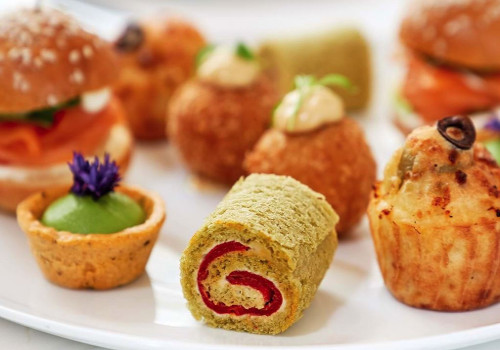 If we had any doubts that the menu had been painstakingly crafted then this dissipated completely on trying the pea tart, a dish that I admittedly thought was more filler than killer that actually turned out to be a fresh, fragrant and smooth puree encased in pastry - it was a personal favourite. Other items included a smoked salmon brioche bun with a zesty hit of yuzu cream, a fitting summer treat that was a hit with all of us, along with a sticky, chewy olive and sundried tomato muffin. 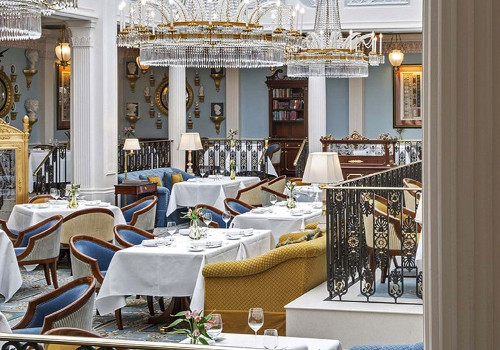 By the time the sweets arrived we knew to expect only the highest quality, opting to simply indulge and luxuriate in the first-class cooking we were served. Scones were crumbly and soft, with just the right amount of chewiness, and were served with butter and a tangy yet sweet drizzle of compote. 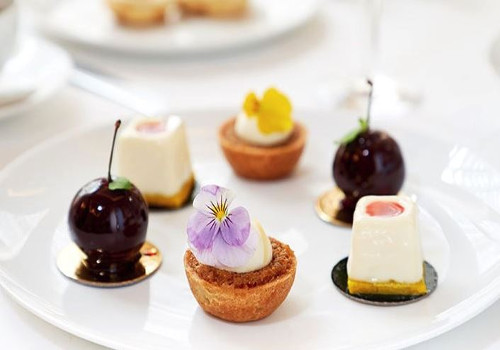 These were followed by five of decadent desserts (inspired by the coming and going of Londoners and visitors throughout summer). The 'cherry' was a rare feat of imagination that doesn't scrimp on actual flavour and had a double helping of sweet cherry from both the chocolate and the fruit inside.

The consensus among the group, not to mention Pastry Chef Fabio Bardi himself, was that the South African-inspired coconut lamington cake was the star of the show, with stiff competition from a treacle tart that had the pleasing zing of lemon in its filling. 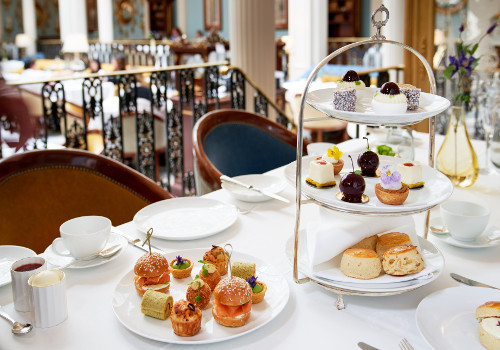 Throughout the meal our drinks were promptly and calmly replenished and it gave us the chance to try a range of different teas. Some, such as my Darjeeling and my companion's Earl Grey, were an idyllic accompaniment to the savouries, balancing and drawing out the flavours of each. Dessert teas like white chocolate chilli and chocolate brownie similarly complemented the sweets rather than outshining them and were a lovely finish to the meal.

Few Afternoon Tea spots are comparable to the luxury and finesse of Celeste at the Lanesborough, a grand yet leisurely restaurant that invites all to indulge in an afternoon of sheer joy.