The Afternoon Tea Team went behind the scones to talk to The Royal Garden’s Head Pastry Chef, Radoslav Georgiev, and get an insight into their brand-new Queen Victoria themed Afternoon Tea.

The 5-star hotel resides just next door to Kensington Palace where Queen Victoria was born, which means its an ideal location to enjoy an Afternoon Tea that commemorates the 200th anniversary of the famous monarch's birth. 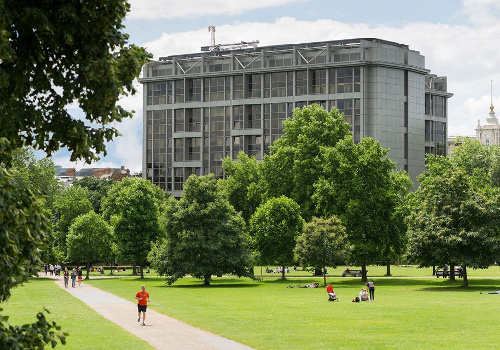 Everything about the Royal Garden from the name to the location exudes a regal quality - and this is something Chef Georgiev reveals influenced the theme of the Afternoon Tea.

As the Chef explains: "Even the lights on the street have got little crowns on top so the theme is a perfect marriage between the venue and the concept."

Also inspired by the two Queen Victoria exhibitions inside Kensington Palace, the Afternoon Tea is a collaboration between the Head Pastry Chef and a team including restaurant manager Giovanni Gargasole, Pastry Sous Chef Tracy Crawley, and Head Chef Steve Munkley.

The team researched history books, and studied pictures and paintings from the time to craft a menu that perfectly captures the monarch's adventurous eating habits.

Chef Georgiev points to the success of the collaboration process as the aspect he is most proud of with the whole project.

He said: "We all have our own personal taste, so it was important to get different perspectives to create a finished product that fulfils the tastes of everybody."

The Bulgarian born chef clearly cherishes the people he works with, warmly reflecting on how each person he has encountered in his life has helped shape him in some way.

"If I won the lottery and had to host a huge thanksgiving dinner to everyone who helped contribute to my career, I would still struggle because there is just so many people who have had an influence.' 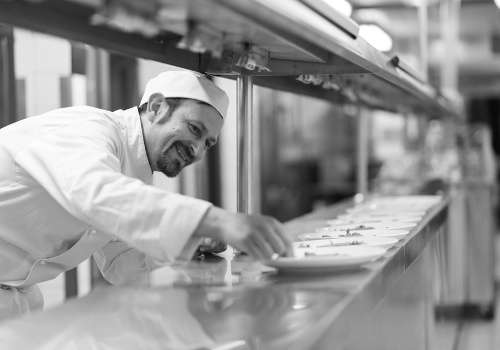 The close bonds with people have always been an integral part of the talented chef's relationship with food - a passion that started when he was a curious 8-year-old boy inspired by his mother's delicious stone baked bread to make some scrambled eggs.

He laughs: "As I was a child, I used vegetable oil Instead of butter. I watched the oil burn and burn and suddenly, whoosh, it went on fire. Funnily enough, I did not go screaming or anything. I just went to the living room and told my dad. My parents went to fight the fire and I just sat watching the T.V!"

Despite the less-than-successful first attempt, the Chef was forever hooked, and this was the starting point of a decorated career that has taken him across the whole of Europe!  An education at culinary college was followed by 2 years of compulsory military service before he moved to Sofia with his aunt and uncle to pursue his dreams in the big city.

In a fortunate turn of events - and a further example as to why the chef values his close network of people - his new neighbours approached him on the first day in the Bulgarian capital to see if he would be interested in applying his talents at the bakery their daughter worked at.

He said: "A week later I got the job and this was my first proper introduction to pastry when I learnt how to make classic pastries like a croissant and a gateaux. It blew my mind and I knew then that this is what I want to do." 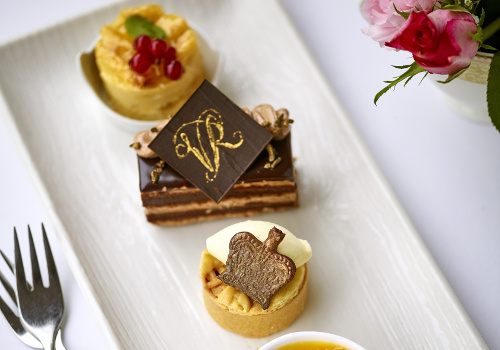 From here, Chef Georgiev broadened his knowledge while building an impressive CV including stints at luxurious establishments such as the first 5-star hotel in Sofia and The Ritz London - as well as at artisan bakeries under esteemed chefs such as Michael Nadall.

However, it was always the 'big productions' and 'theatre' of hotel dining that the Chef was drawn to - which, of course, meant mastering the art of Afternoon Tea, something Chef Georgiev explains is an integral part of British culture.

"Afternoon Tea is a London landmark in the same way as Buckingham Palace and Tower Bridge. I don't think it could ever lose its appeal to people."

It was now time for us to enjoy the Royal Garden's interpretation of the great British tradition with the Queen Victoria Afternoon Tea in their stylish Park Terrace restaurant. This begins in inventive style with the Beef Tea - a tasty rich consommé laced with strands of slow roasted Scotch fore rib. 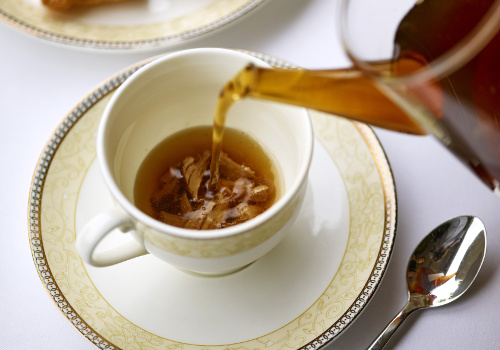 Starting with the savoury drink is symbolic of the famous monarch's reign as the consommé was one of the last meals of King William IV before he passed away and handed the throne to his niece, who was crowned Queen Victoria.

Our palates suitably whet, it was now time to tuck into the selection of savouries which came served on a fine piece of crockery.  Each aspect of the savoury plate was a different tasting experience with a variety of textures and flavours, including tasty bites such as game parcel tarts and egg vol-au-vents.

Chef Georgiev explains the thought process behind the food items as 'an adaptation of the modern with the traditional' - something perhaps most evident in the smoked highland salmon with whisky cream cheese savoury bite, a classic filling beautifully presented in an inventive swirl. 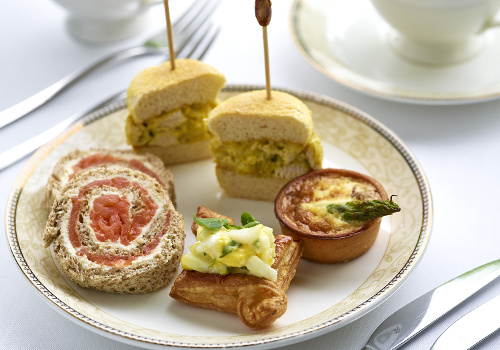 To accompany the savoury plate, we were served the Queen Victoria tipple that, typical of the collaboration process, was made from a recipe designed by our friendly waiter.

A mere tipple only in name, the cocktail is a mixture of lemon, whisky and red wine - which initially sounded a boozy cocktail even for Queen Victoria's famously decadent tastes. However, this fear was immediately allayed when we tried the cocktail as the citrus lemon bite cut through the drink beautifully to create a cocktail that was wonderfully light, refreshing and dangerously drinkable! 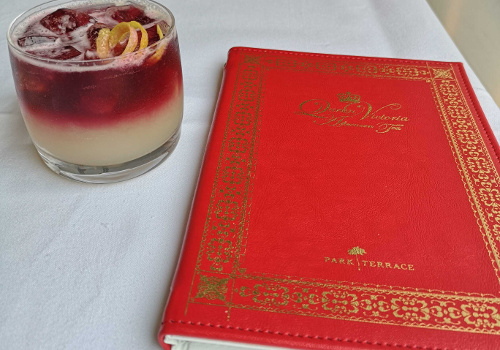 After polishing this plate off, it was time for the quintessential hallmark of the Afternoon Tea with freshly baked raisin and cinnamon scones served with Devonshire clotted cream and homemade preserves. It was at this point where we reached that classic bone of contention amongst Afternoon Tea enthusiasts of the Cornish or Devonshire method.

We pose the question to Chef Georgiev, who would rather his guests not get bogged down in the etiquette and totally relax into the experience.

He said: "I cream one side, jam on the other and then blend the two. I like the customers to interact with the food themselves rather than being told this is the way you should do it. It's our job to explain the choices and then leave the person to interact the way they want to."

The scones were delicious and potentially the fluffiest we've ever tasted. The secret, Chef Georgiev claims, is to make them 'with a lot of love'.

To accompany the scones, it's time for tea - which we pick from an extensive list contained within a beautifully presented menu in the style of Queen Victoria's red leather scrapbook. Sometimes an overlooked aspect of the Afternoon Tea, the tea is given suitable attention here. 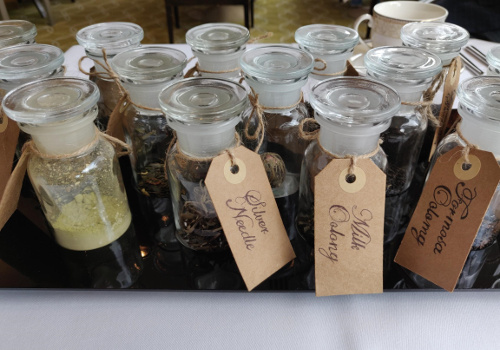 An array of tea leaves is served to the table where you can smell the tea leaves and come to a considered decision as to which tea you would like to pick. We opted for the Sencha Springtime, a revitalising combination of tea, fruit and flower with subtle apricot tasting notes that provides a wonderful accompaniment to the scones.

The scones come served as the bottom tier of a classic three tier stand and the movement towards the sweet plate is nicely broken up with the interesting addition of a fruit plate. 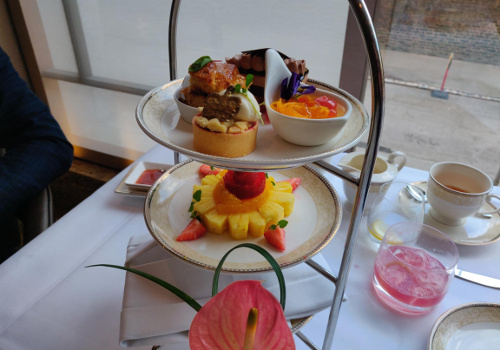 While working effectively as a palate cleanser, the exotic fruit plate is also an authentic tribute to the Victorian Age when the dinner tables of aristocrats featured a centrepiece of pineapples, oranges and strawberries to showcase their wealth as these fruits were extremely hard to source during this time.

It was now time for the main event in the sweet plate, which consists of four pastries including a cranberry tart, bread and butter pudding, chocolate cake and orange jelly. Although all traditional sounding pastries reflective of Queen Victoria's favourite sweet indulgences, Chef Georgiev applied modern cooking methods to bring a fresh face to these old favourites in an exciting plate that tantalised the taste buds. Our favourite was the chocolate cake that Chef Georgiev had updated to a beautifully light opera cake that was nice and creamy with a soft sponge centre. 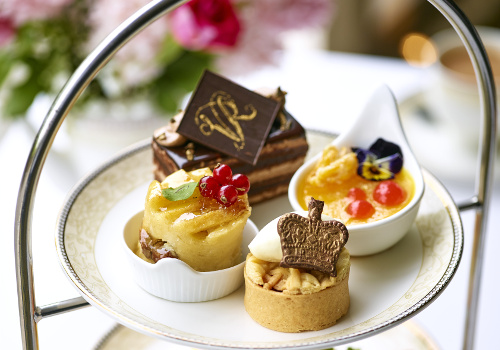 When summing up his approach to the sweet plate, the Chef uses an old adage from his home in Bulgaria that 'everything new is a well forgotten old.' This is a sentiment that perfectly captures the essence of the Queen Victoria themed Afternoon Tea, which perfectly blends the tastes of the famous monarch in a way that still feels fresh and exciting centuries later!

You can book this experience here