It’s Afternoon Tea Week, and in celebration of our favourite week of the year, we’re celebrating each aspect of the Afternoon Tea experience. We’ve had a chat with Aneta Aslakhanova, Global Marketing Director of luxury tea manufacturer, Newby, who was kind enough to answer our questions and give an expert’s insight into the humble cup of tea. 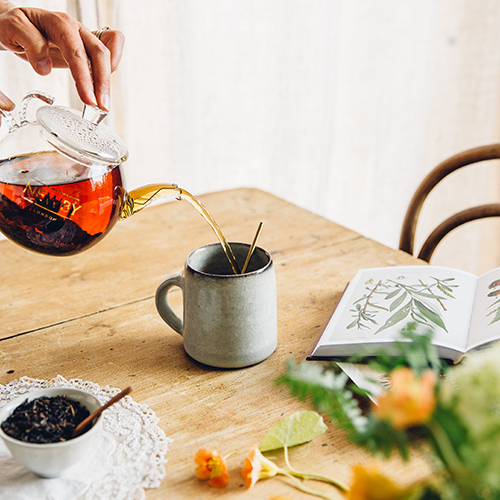 When did your passion for tea begin? Is there a particular cup of tea or memory that you can pinpoint as being when your passion started?
I was given a caddy of Indian Breakfast at my first interview at Newby's Russian office, back in 2000. I still remember that aroma of Darjeeling mixed with Assam which I had never experienced before. There were no quality teas in the market at that time: I think Newby was the first tea brand that revolutionised it.

What training is involved and what did you have to do to then turn your passion into a career?
I took several trips to the tea gardens and our unique preservation and packing facility in India. However, the subject of tea is so vast: from growing tea to production, blending and packing, preparing and serving tea, health benefits of tea to endless history of tea and its culture in different countries. There is no university in the world that can teach you, it's simply a matter of self-education and passion for the subject. You cannot market tea without knowing as much as possible about the product, but no one can truly know it all. 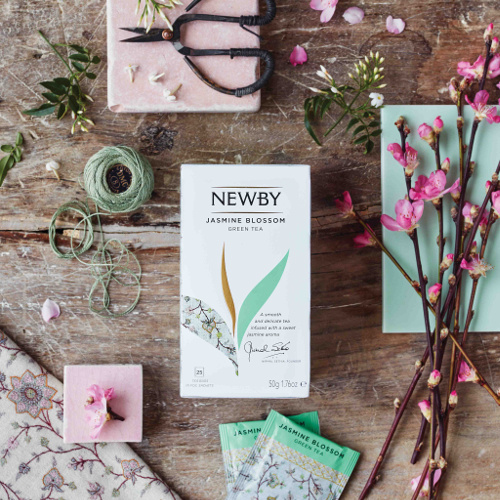 Do you have a favourite kind of tea? Or is this something that changes dependent on mood or the time of day?
At Newby we are very lucky to be able to try some of the best teas in the world every single day, so it would be a shame to stick to just one type. Personally, I prefer something strong, like Assam, in the morning, a Jasmine green tea in the afternoon and then maybe something like Sencha later in the day. But there are no strict rules, especially when you are so spoiled for choice like we are.

People have been drinking tea now for thousands of years - what is it about tea that makes it such a timeless drink?
Not many people know that tea changed the course of history, from the Boston Tea Party - which led to independence of America - through the rise of the East-India company that smuggled tea bushes from China to settle their own plantations in Assam, to the Suffragettes that disguised their meetings as tea parties.
In fact, tea even changed the course of fashion. As taking tea informally in the home became more popular, it gave rise to the necessity for looser and more informal clothing, in contrast to the contemporary tight-fitting corsets and large hooped dresses that did not permit movement with comfort and ease.
The 8th century Chinese Imperial court poet Lu Yu said of tea, "Its liquor is like the sweetest dew from heaven." I think that sums it up: it's a gift blended by Mother Nature and the love of the people who make it. 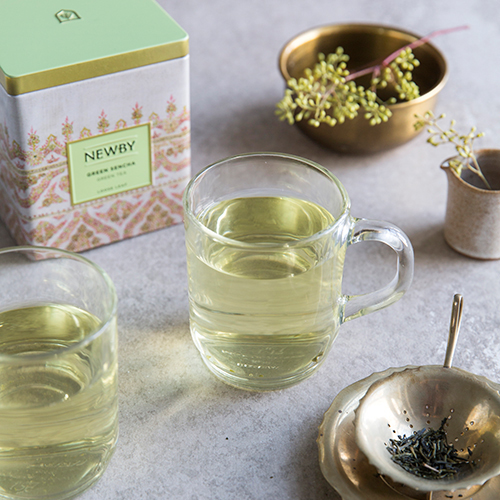 How have trends of tea culture changed over time and the way it is consumed?
Tea was once an unaffordable luxury. It was first introduced to England in the late 17th and early 18th century, and sold for extremely high prices. It was kept under lock and key in precious tea caddies to which servants had no access and became a status symbol of the European aristocracies.
With the popularisation of Afternoon Tea by the 7th Duchess of Bedford in the 1840s, it then became a social event, and by the 19th century, lower taxation meant that the price of tea had dropped and could be enjoyed by all social classes. High tea - so called because it was consumed at the table rather than on lower seating such as armchairs - became recognised as a mealtime for the lower classes, which was served with meats, vegetables and hearty foods, eventually becoming the main evening meal.
Everything changed again with the invention of teabags in early 20th century by Thomas Sullivan, and we now consume over 90% of our tea in teabags. The industrialisation of tea production in the 20th century meant quality of tea declined significantly, and so popularity of flavoured teas and herbal and fruit tisanes became prominent as they gave a little more flavour.
Today, I think tea is making a comeback, with quality teas being on the rise. Not only do people want to consume healthier products, but they are also looking for an experience. The teabag was once named "the biggest time saver in the world," but I strongly believe that consumers are turning once again towards authenticity and indulgence.

Because it is such an ancient tradition, there are always great stories or meaning attached to tea. I was wondering whether you had a favourite story behind a particular tea?
My favourite story about tea has to be the story of "Da Hong Pao" - the world's most expensive tea. "Da Hong Pao" means "Big Red Robe" in Mandarin and refers to the robe of Ming Emperor who covered tea bushes as a sign of gratitude for his mother's miraculous recovery from illness. These bushes still exist today in the Wuyi Mountains, and are protected by Chinese government. According to some sources, teas planed from these few ancient bushes sell for up to 20 million dollars a kilo, and that is near impossible to buy as most of it goes to the state officials. Tea is shrouded in mysteries, some of which people still believe in today and I find that fascinating. 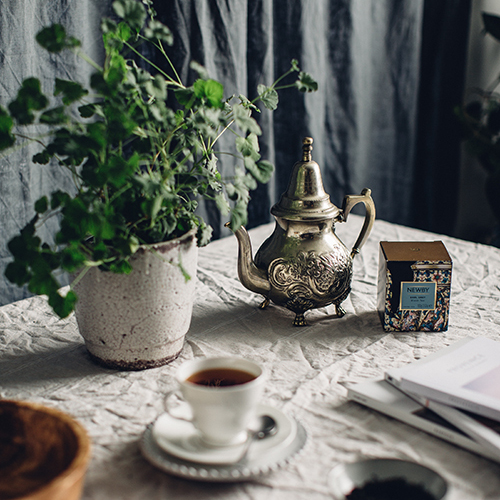 Painstaking effort is taken to make certain blends of tea - what is the most difficult tea to produce?
All tea is difficult to produce. If you ever take a trip to a tea garden, you will learn that tea is not an exact science; it is simply years and years of experience and expertise that allows producers to make the best teas. It's extremely hard work, and most tea production is still mainly painstaking manual labour. When I saw the process with my own eyes I realised that for the amount of care and hard labour that goes into every cup of tea, it's actually very cheap.

Have you got any tips for our readers on how to make the perfect English Breakfast Tea?
Tip number one: Concentrate. Take your time, do not rush tea. Put your phone away. Making a cup of tea is meditation.
Tip number two: Use proper loose leaf and make it in a teapot. Watch the leaves unfurl and inhale that aroma: it's an experience on its own.
Tip number three: Water is the carrier of tea. Clean the scum from your kettle. Do not re-boil water as it has no oxygen left in it and tea will be bland. Oxygen in water carries the taste, those little bubbles in a freshly brewed cup is what you're looking for. Always filter your tap water or buy spring water with mild mineral content - soft water is best for tea.
Tip number four: Wait for 3 minutes, this is when you get most of the caffeine out, so it will wake you up. Do not brew for longer than 5 minutes, as the caffeine will then be replaced with other elements in tea and it will actually become soothing rather than stimulating.
Tip number five: You cannot make a good cup of tea from a poor quality leaf. Good quality loose-leaf is actually cheaper than the same tea used in teabags due to its packaging, and creates far less waste. So buy good tea and it will pay off. 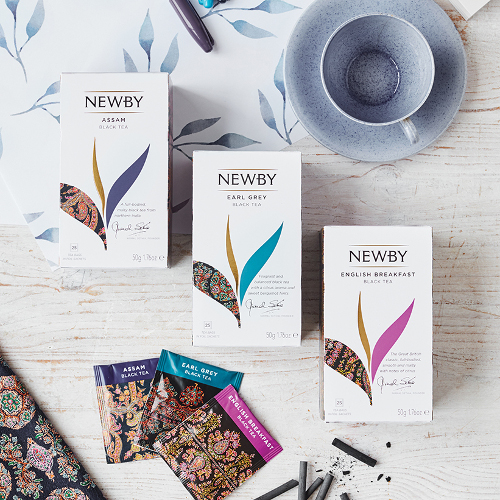 What's the perfect serving temperature for tea?
Different teas are brewed at different temperatures, black teas are brewed with boiling water at 95-100°C, green with 80-90°C, Oolongs with 90°C while white teas and matcha should take 70°C. By the time tea brews, the temperature of water goes down quite a bit, approximately 10 degrees per minute, so when you serve it, it should be the right temperature to drink - about 50-60°C. 10.

And finally, there is a classic bone of contention amongst tea enthusiasts about when to add milk to the brew - what are your thoughts on this?
This is a difficult question and an age-old debate. My personal answer is no, do not put milk in your tea. The tradition of adding milk to tea came along when black tea became more popular than green during the 18th century. Because of the gentle flavour of the Oolong and green blends prior to this, aristocracies in Britain found it very harsh and started adding milk and sugar. But if you think about it, once milk and sugar is added, all you taste is milk and sugar. Don't ruin good tea with additives! It is actually much healthier that way: without milk and sugar tea contains almost zero calories. On top of that you are getting an experience, not just a drink.

"A man without tea in him is incapable of understanding truth and beauty." This quote is from Okakura Kakuzo, Book of Tea (1906)