Fancy being in with a chance of dining with the Queen (kind of)? In honour of Comic Relief's 2019 Prizeathon, an exclusive Afternoon Tea experience is being hosted alongside the cast of Netflix's The Crown! 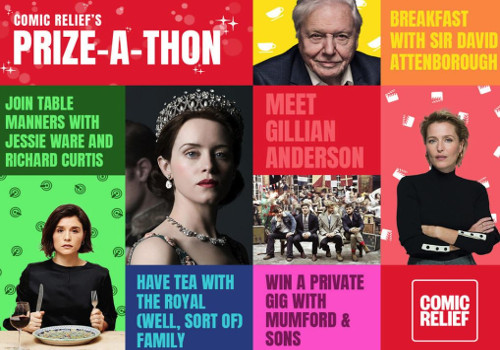 For as little as £10 - the proceeds of which go towards relieving childhood poverty here in the UK and internationally - you can enter this amazing competition and enjoy a meet-and-greet with the star-studded cast of The Crown plus an indulgent, quintessentially British Afternoon Tea.

The BAFTA-winning show has bowled over critics and audience alike in its chronicle of Elizabeth II's life and stars Claire Foy, Matt Smith and Vanessa Kirby.

As if the cream of the British film crop weren't already involved, the Tea is to be held at legendary director Richard Curtis's London home.

The Executive Producer of Red Nose Day, Emma Freud, said: "I'm so proud of this year's Prizeathon. It's the best list of unique, cheeky and daring pries we were able to compile."

Other prizes include breakfast with Sir David Attentborough and a visit to the set of Dr Who to meet the show's current Doctor, Jodie Whitaker.

Winners will be notified on the 15th April so keep your eyes peeled!