AfternoonTea.co.uk have explore some of the best venues to go for Afternoon Tea along with suggestions for things to see and do in the same area, which combine to make a great day out in and around Piccadilly and St James's.

Today we take a stroll through London's vibrant Theatreland, before indulging in a stylish Afternoon Tea experience at The Haymarket Hotel. 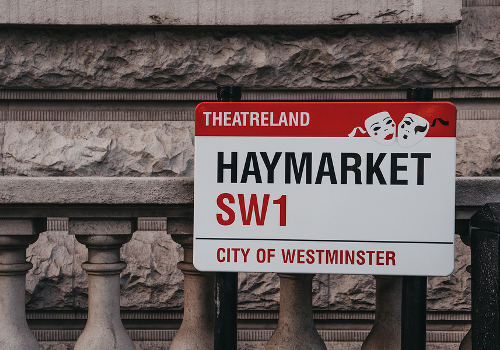 A love of the stage is an intrinsic part of London's identity and the West End is the hub of it all, an area renowned across the world as the pinnacle of theatre where you can enjoy the best shows from the greatest performers.

The West End started to develop its famous reputation in the late 17th century, when King Charles II returned to the throne and legalized the production of theatre shows after Oliver Cromwell's puritanical government had banned theatre on the grounds of frivolity.

Now, the area is home to just over 40 theatres, bounded by The Strand to the south, Oxford Street to the north, Regent Street to the west, and Kingsway to the east. 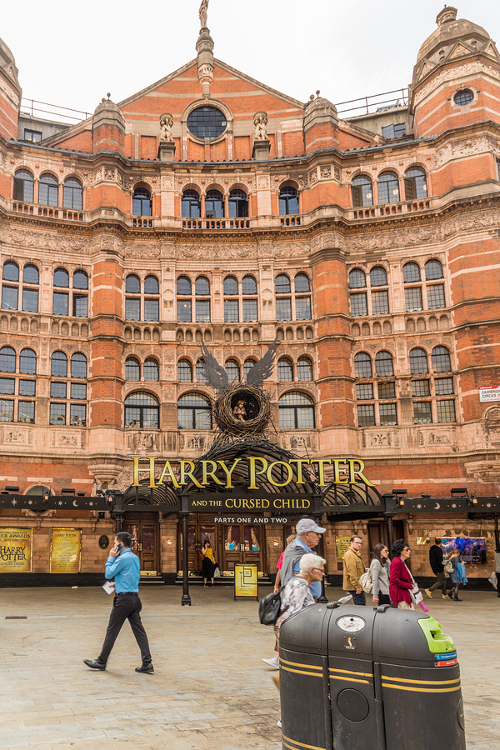 Our tour begins at The Palace Theatre in the district's vibrant heart of Shaftesbury Avenue. A stroll down this famous road immerses you in all of theatre's glamour, characterised by glitzy neon signs and grand architecture. Shaftesbury Avenue is also home to five other iconic venues including the Apollo Theatre, Gielgud Theatre, Lyric Theatre (the oldest on the road), Sondheim Theatre and the Shaftesbury Theatre. The Sondheim Theatre has recently been renamed, previously known as the Queen's Theatre, making Stephen Sondheim the only living person to have a theatre named after them both on Broadway and in the West End.

If you continue to the end of Shaftesbury Avenue where it meets Piccadilly, you will be greeted by one of the most iconic sights in London: the famous Piccadilly lights and the Shaftesbury Memorial. Although the Shaftesbury Memorial is often referred to as 'Eros' by Londoners, the famous statue on top of the fountain, sculpted by the esteemed artist Alfred Gilbert in 1893, is actually of the Greek god's twin brother, Anteros. 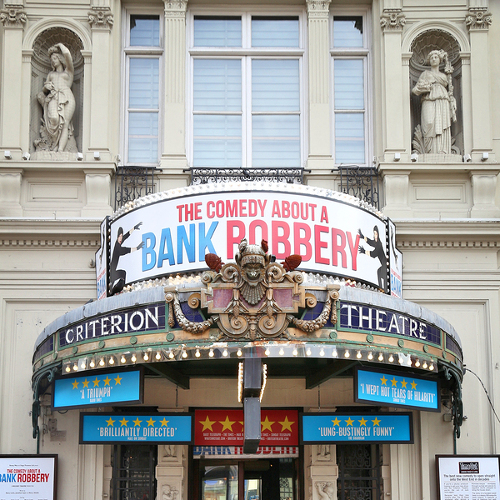 Behind the fountain is the iconic Criterion Theatre, a stunning Grade II listed building that opened in 1874. As a rare underground theatre, the BBC made it their safehouse during the Blitz, recording and broadcasting live from the Criterion's basement dwellings, though punters were just as likely to catch an avant-garde performance from names such as Charles Wyndham as they were the news of the day. Its influence is so well-established that today it has expanded to become a leading light in London arts, with trustees including national treasures such as Stephen Fry and Lord Attenborough.

A quick diversion on to Coventry Street before taking a right on to Haymarket leads us to another famous venue in Her Majesty's Theatre. With a history dating back to 1705, this was originally the site of The Queen's Theatre in tribute to Queen Anne who commissioned the opening of the venue. Since then, the building has had a storied history surviving countless owners, two fires in 1789 and 1867, and a demolition in 1892 before the current iteration of the theatre opened in 1897. 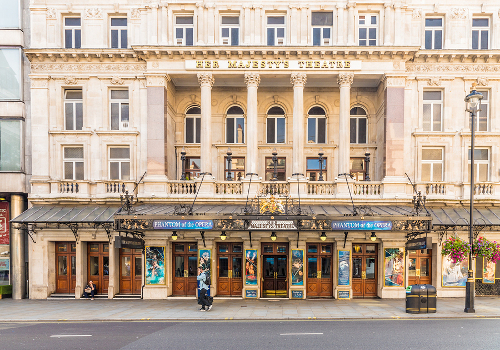 It became known as Her Majesty's theatre with the ascension of Queen Victoria in 1837 and is recognised as the second oldest theatre in London still in use after the Theatre Royal Drury Lane. The name of the theatre changes dependent on the gender of the current monarch.  Since 1986, it has been the home of Andrew Lloyd Webber's mega musical, The Phantom of the Opera.

Over the road is the grand pillared entrance of the Theatre Royal Haymarket. Designed by John Potter in 1720, this Grade I listed building is actually the third oldest theatre still in use in London - and is one of the capital's most treasured spaces. Affectionately known as 'The little theatre in the Hay', the Theatre Royal Haymarket was rebuilt in 1820 as part of Prince Regent's mission to enhance the appearance of London. Prince Regent enlisted John Nash to head up the project, who insisted the whole building be shifted to line up with St James's Square, which allowed them to renovate the building into the spectacular structure it is today. It is now home to the West End version of the British sitcom classic, Only Fools and Horses.

A busy day exploring Theatreland is bound to work up an appetite so it's fortunate that just next door to the theatre is the very stylish Haymarket Hotel. 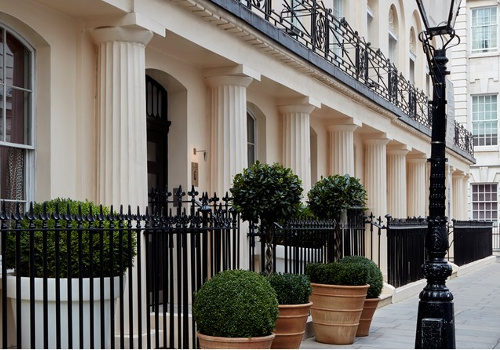 The building was also designed by John Nash and follows a neoclassic Regency period blueprint inspired by Buckingham Palace.  The hotel features a number of luxury amenities, including a modern English Brasserie style restaurant, a gym, treatment room and a spectacular 55-foot-long subterranean pool with a bar and lounge.

With owners Tim and Kit Kemp at the helm, it's no surprise that Haymarket Hotel is a bold step away from cookie-cutter minimalism, fusing contemporary and classical references in the heart of central London. The hotel comprises 50 individually designed bedrooms and suites, an exclusive 2-5 bedroom townhouse, Brumus Bar & Restaurant, conservatory and library. Interiors by Kit Kemp honour the building's noble lineage, whilst updating it with colourful and detailed designs in her luxurious, modern British style. 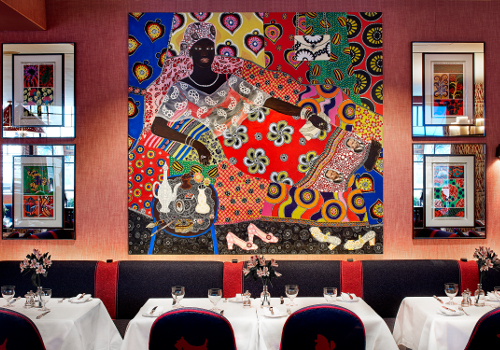 The lobby is a clean airy space featuring a large stainless steel sculpture by Tony Cragg and paintings by John Virtue, while the downstairs pool features a spectacular lighting scheme that uses strong contrasts of light and shadow. Guestrooms are individually furnished with custom-made pieces and emphasis upon rich texture and colour. Grey oak dominates the lobby, library and conservatory, and handpicked antiques and original art evoke contrast and comfort at every level, a great place to contemplate and unwind before a delicious Afternoon Tea.

Food is served in Brumus Bar & Restaurant, with its stylish interiors and layout creating a vibrant brasserie. The room is lined with large windows on 2 sides providing abundant natural daylight. There is a dark oak and pewter top bar, a collection of original Indian prints, and a life size bronze horse standing proudly in the bar. Live jazz plays weekly creating the perfect spot to indulge in a quintessentially British Afternoon Tea.

Enjoy an array of delicate savouries, including traditional cucumber or smoked salmon sandwiches and a coronation chicken bagel, followed by lovingly baked scones with clotted cream. Tuck into a decadent dessert plate featuring treats such as an apple crumble muffin and a chocolate and orange opera cake. We recommend trying a pure green 'Mao Feng' tea, for a refreshing boost to the system, or an indulgent cup of white jasmine to complement the sweet treats.

Afternoon Tea at the Haymarket Hotel is served from 12:30pm - 4:30pm from Mon - Sun. You can book Afternoon Tea here

Fun Fact…In 1873, the Theatre Royal Haymarket staged the first ever matinee performance. This custom has now become common practice for a theatre production.

Look out for…ghosts!The grand theatres of this area are known for their countless haunted sightings. Patrick Stewart claims to have seen a ghost while performing Waiting for Godot at the Theatre Royal Haymarket.

One more thing to remember…If you pop into any theatre, dare not utter the phrase Macbeth. To name the Scottish play in a theatre when the tragedy isn't being performed is the worst theatrical curse of all.

Should I put jam or cream first on my scone?

We conducted the largest survey ever to finally settle the age-old debate over how you should serve scones.

We asked our friend, Gillian Walnes Perry MBE, to put together a special version of her talk on The Social History of English Afternoon Tea, for you to enjoy at home.