Two years since my last afternoon tea visit to The Rubens at the Palace, it was a pleasure to return, this time to try their luxurious Bottomless Champagne Afternoon Tea.
Part of the Red Carnation hotel collection, afternoon tea was served in the grand Palace Lounge, a prime location overlooking the Royal Mews of Buckingham Palace, the ambience enhanced by a live pianist playing familiar classics in the background. 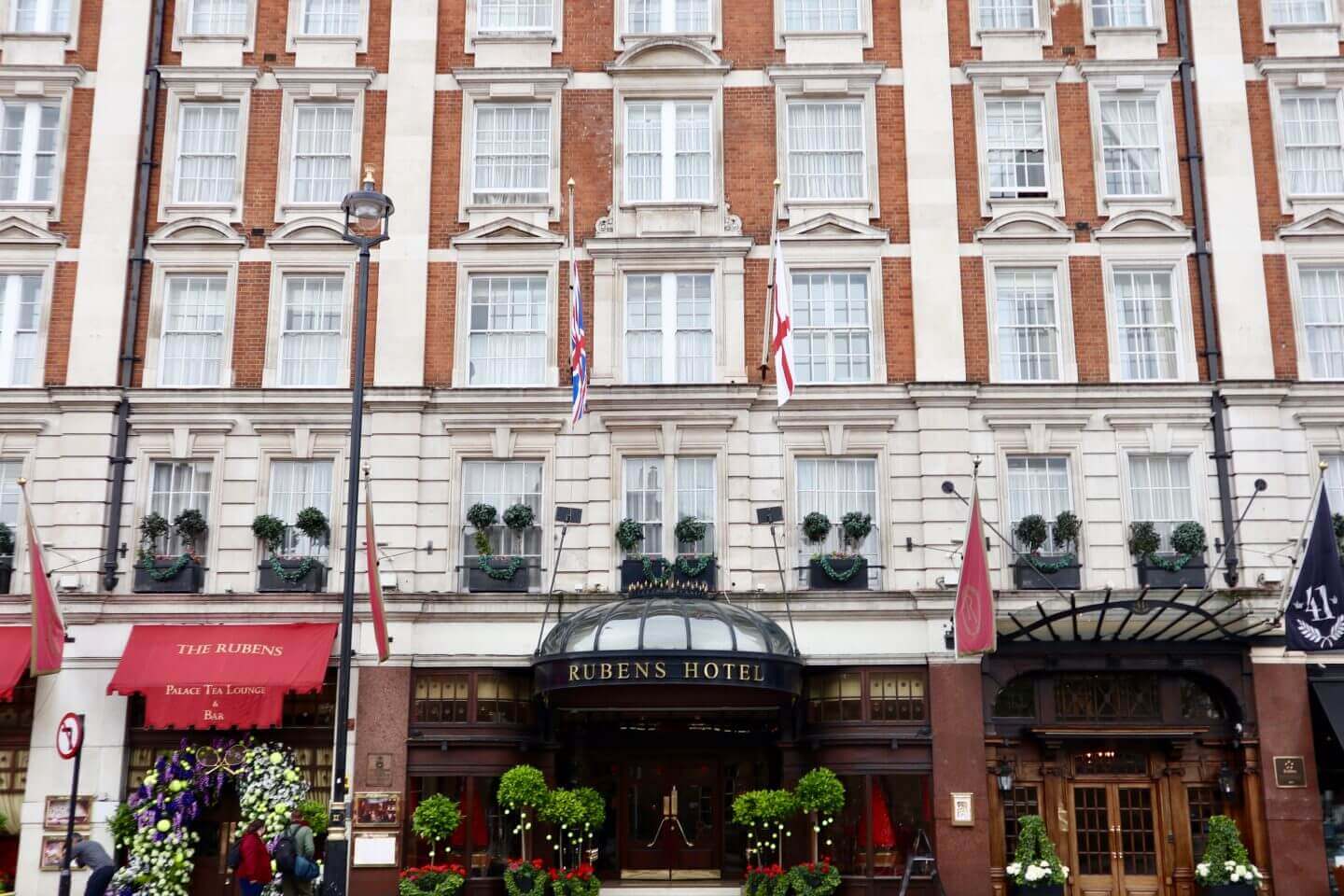 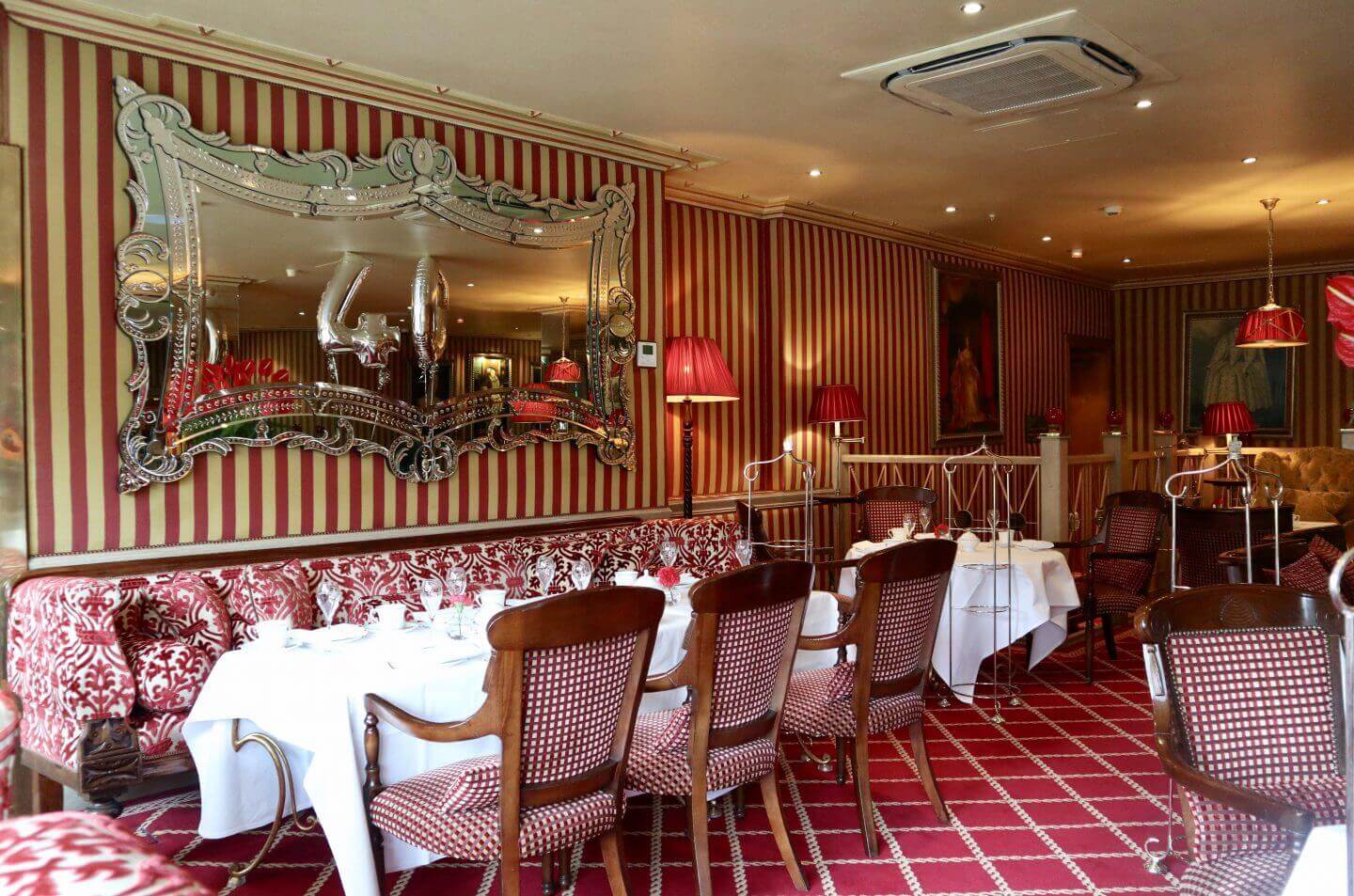 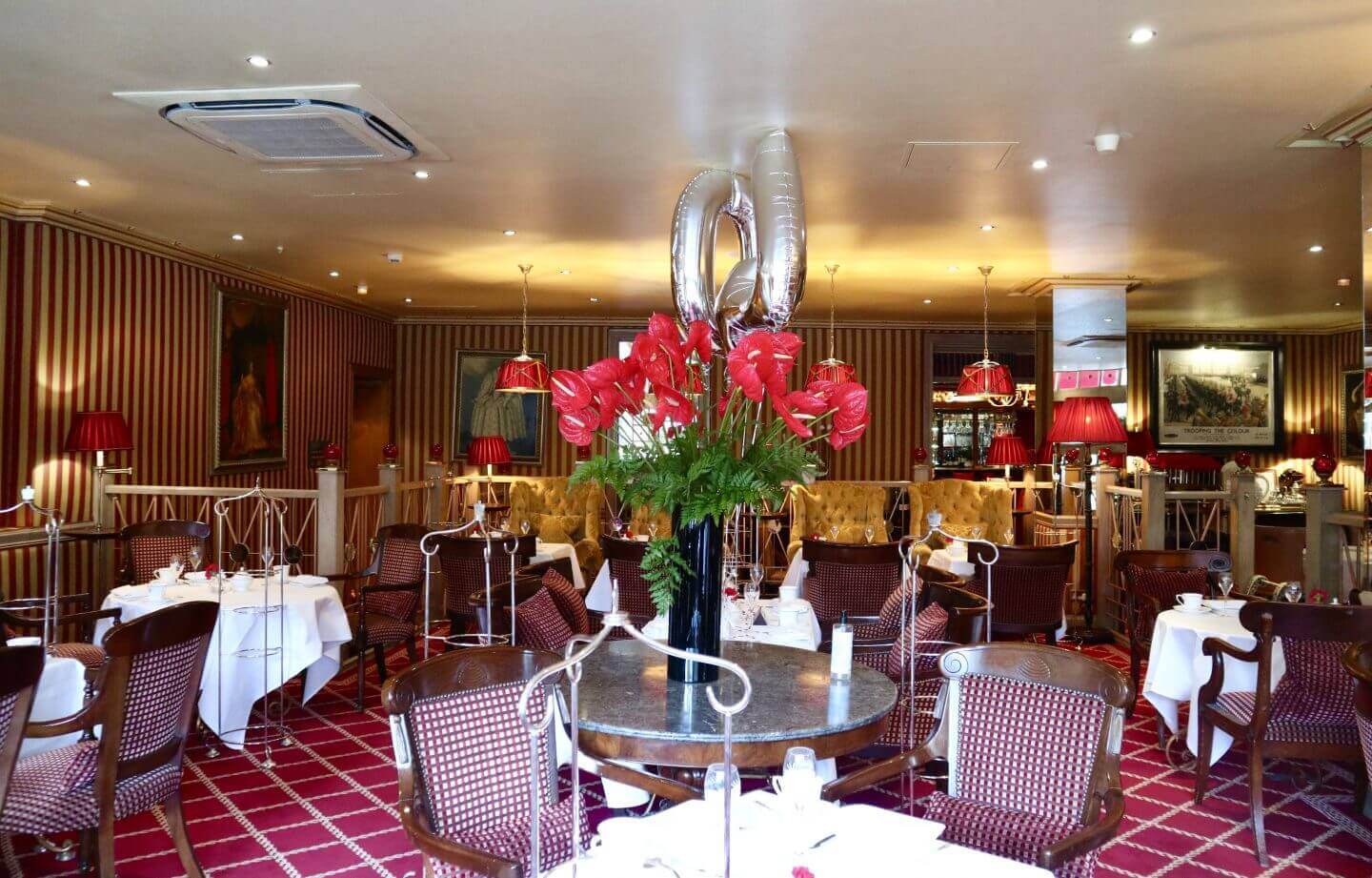 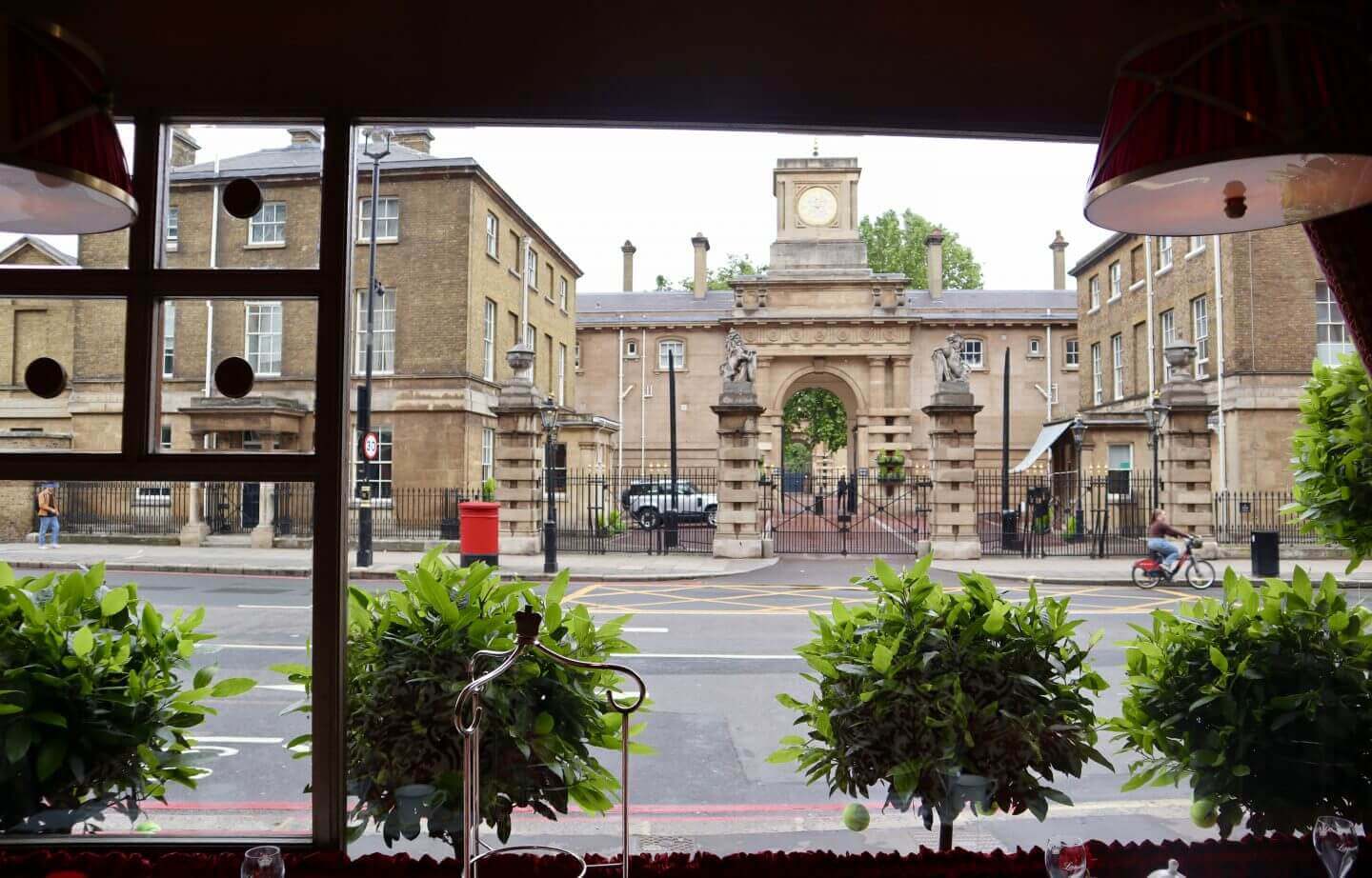 Our decadent experience began the moment we were seated at our table, our glasses filled with champagne as we admired the view before us, secretly hoping that we would catch a glimpse of the Queen sneaking out through the palace gates to join us for tea. Perhaps a private invitation to the palace? Wishful thinking, but unashamedly still on my bucket list ever since I arrived in the UK over a decade ago.

Their tea menu featured a selection of ethically sourced teas supplied by none other than tea specialists P.M.David Silva & Sons which was established in 1945 during the Plantation Raj in Ceylon’s world famous Dimbula Valley. I’ve certainly sampled a wide variety of their teas during my previous afternoon tea visits, and always commend Dan, the Managing Director of PMD Tea, for his passion and vast knowledge of teas.
I went for the Rubens Tea by St. James Estate, hand-picked during the short Uva season in August, that produced a wonderful smooth and aromatic copper-coloured liquid. 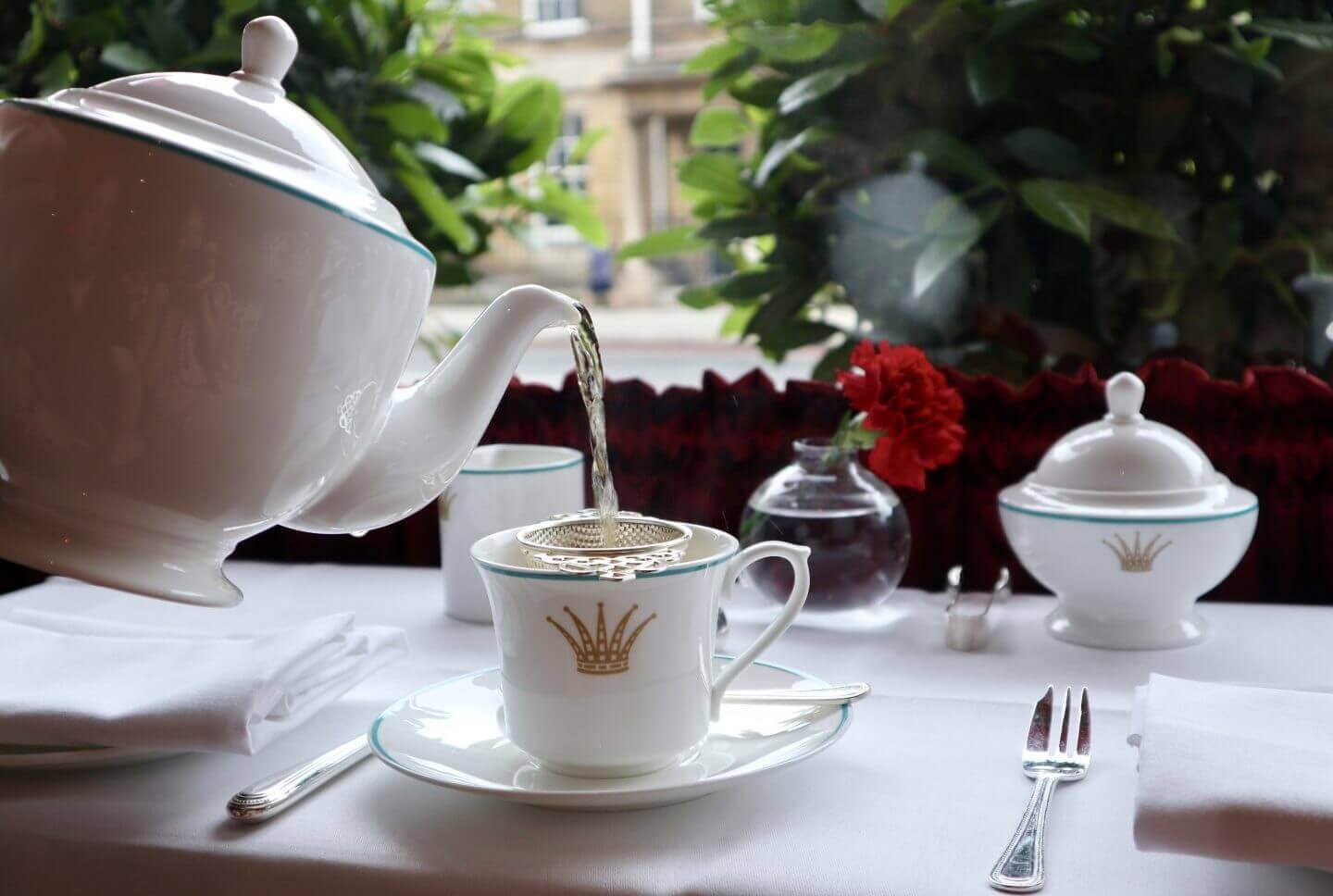 The pastry kitchen is led by talented Executive Pastry Chef Sarah Houghting, who kindly came out to personally explain the pastries to us. If you’ve been watching the new series of Bake Off: The Professionals on Channel 4, you may have spotted her and teammate Cristina work their magic in the kitchen – we were lucky enough to try one of their creations from the show which was their modern take on the tiramisu dessert, beautifully crafted into the shape of a coffee bean. 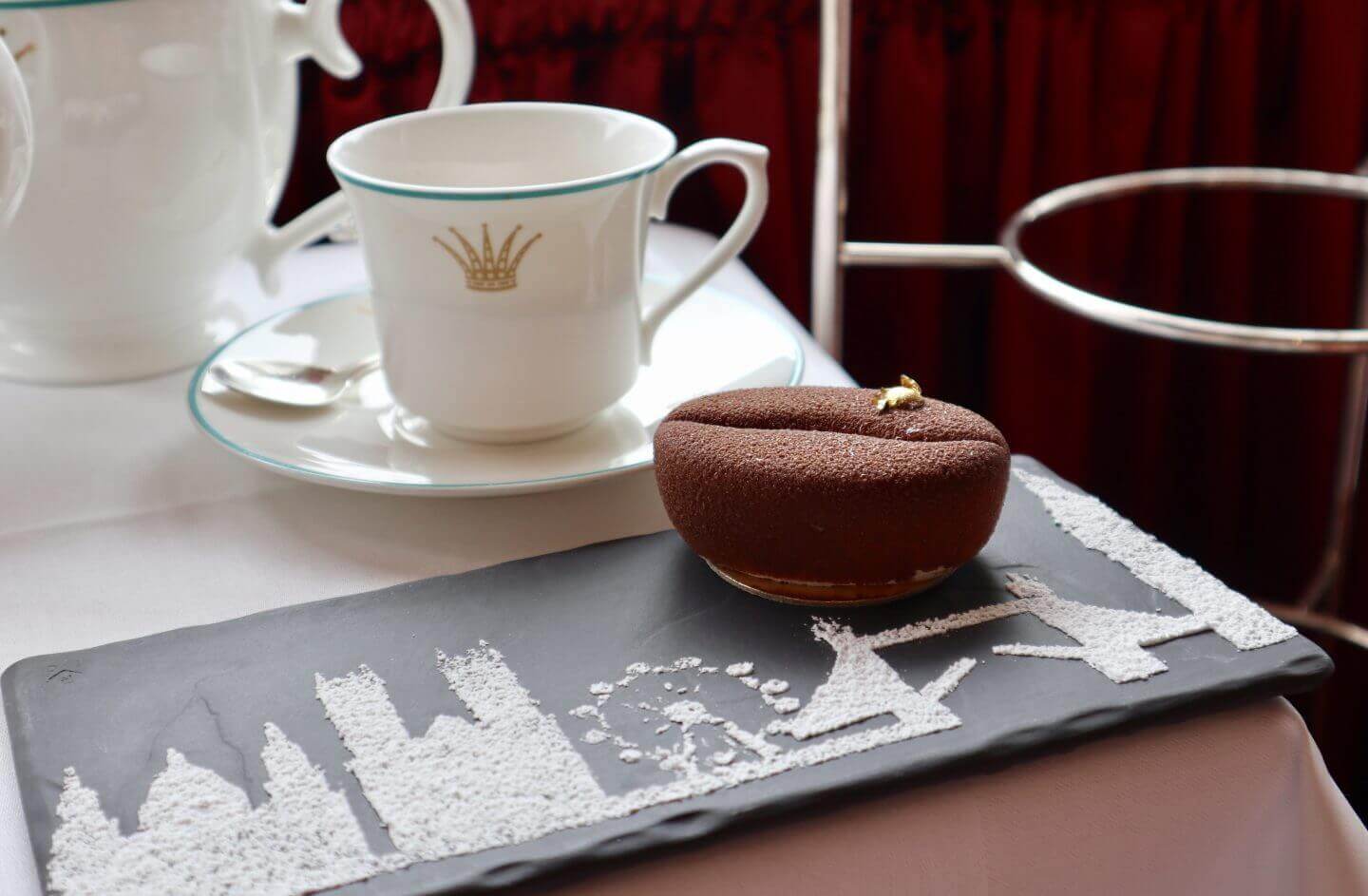 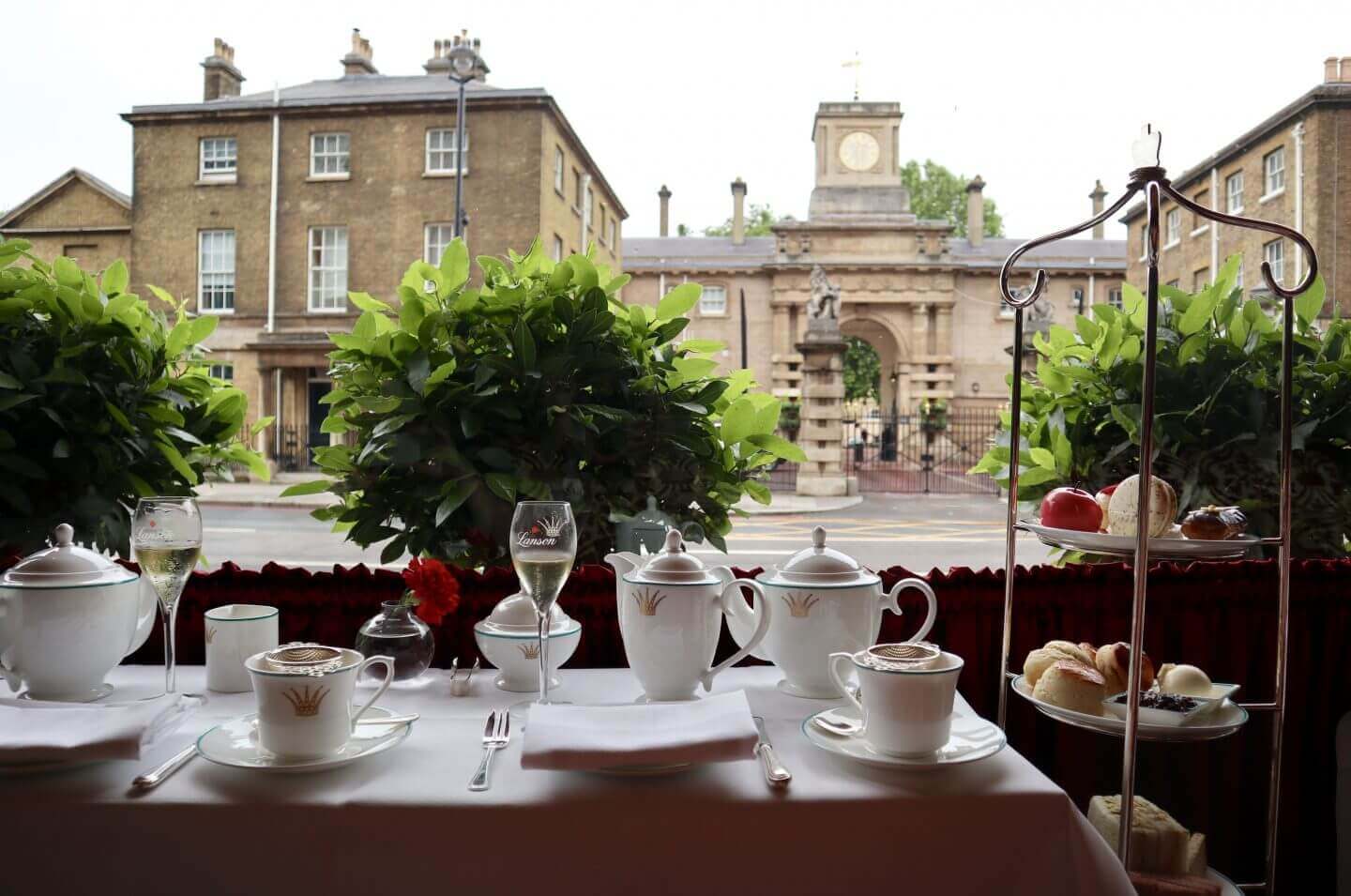 The scones came in two varieties, a plain scone and the other with a modern twist of honey & white chocolate, both served with clotted cream and fruit preserve. On this rare occasion I felt the need to intervene in my dining companion’s life choices and swiftly rectified his ways with a stern glare and slap on the wrist. Jam before cream? How blasphemous. 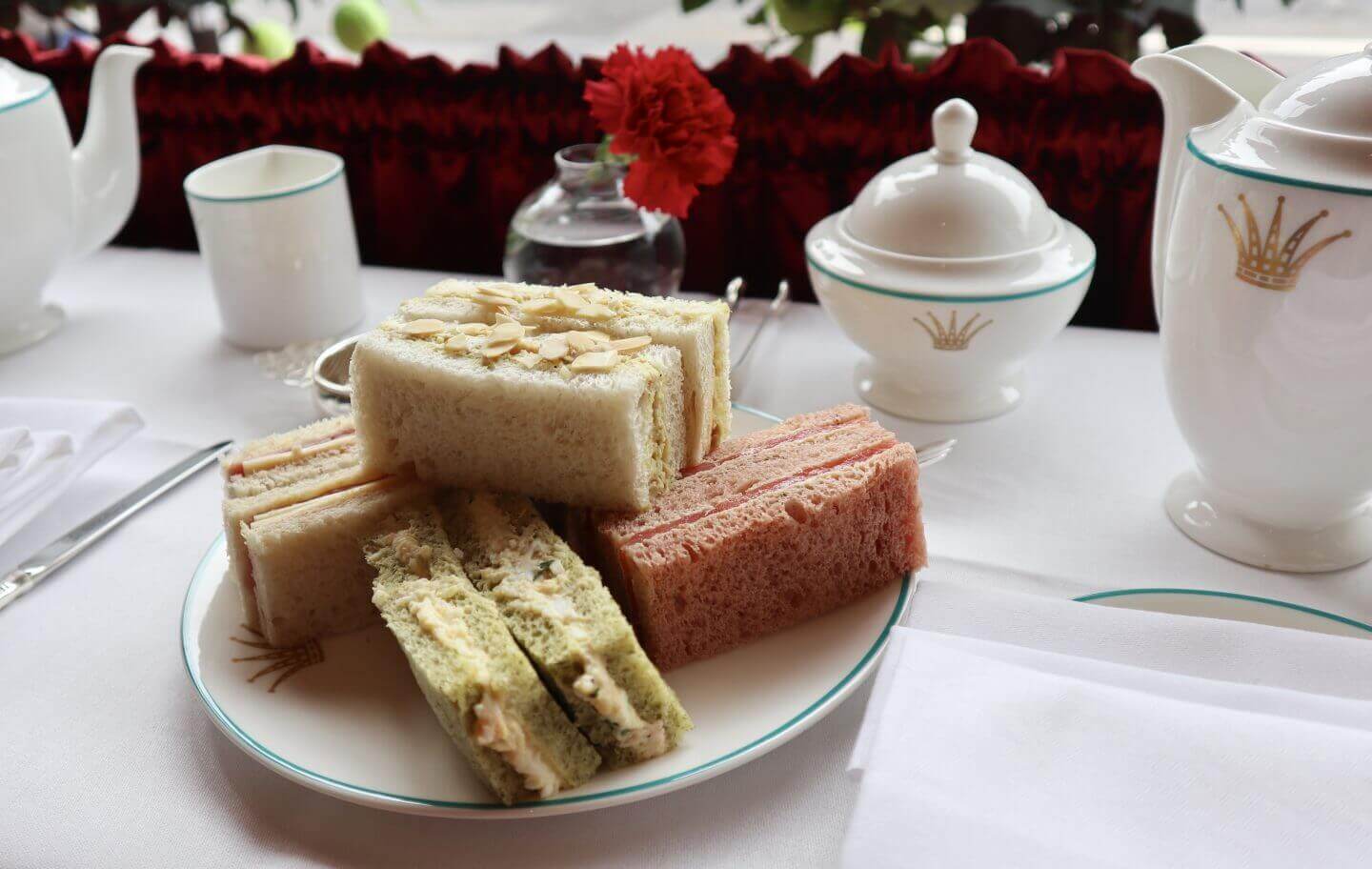 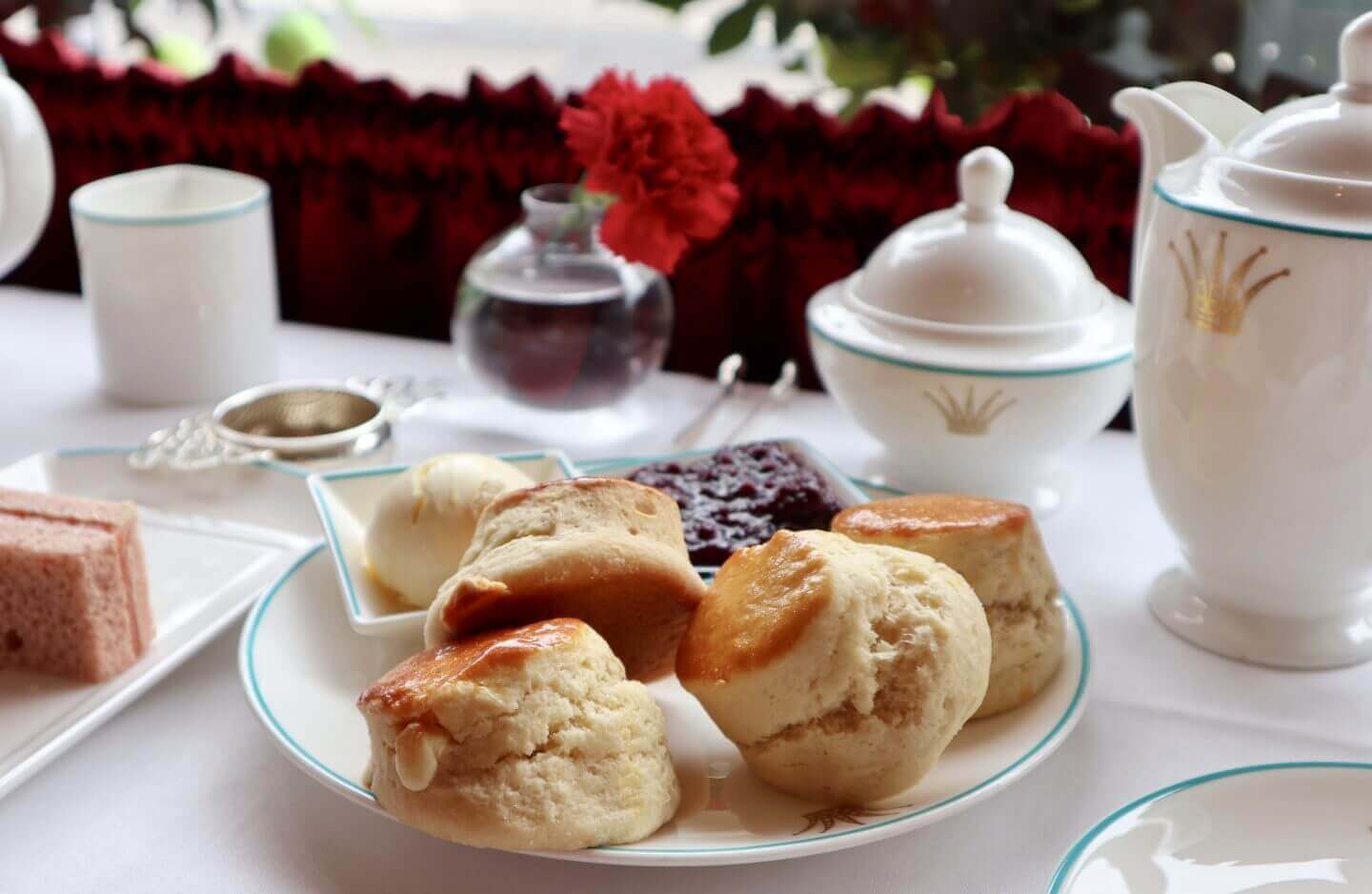 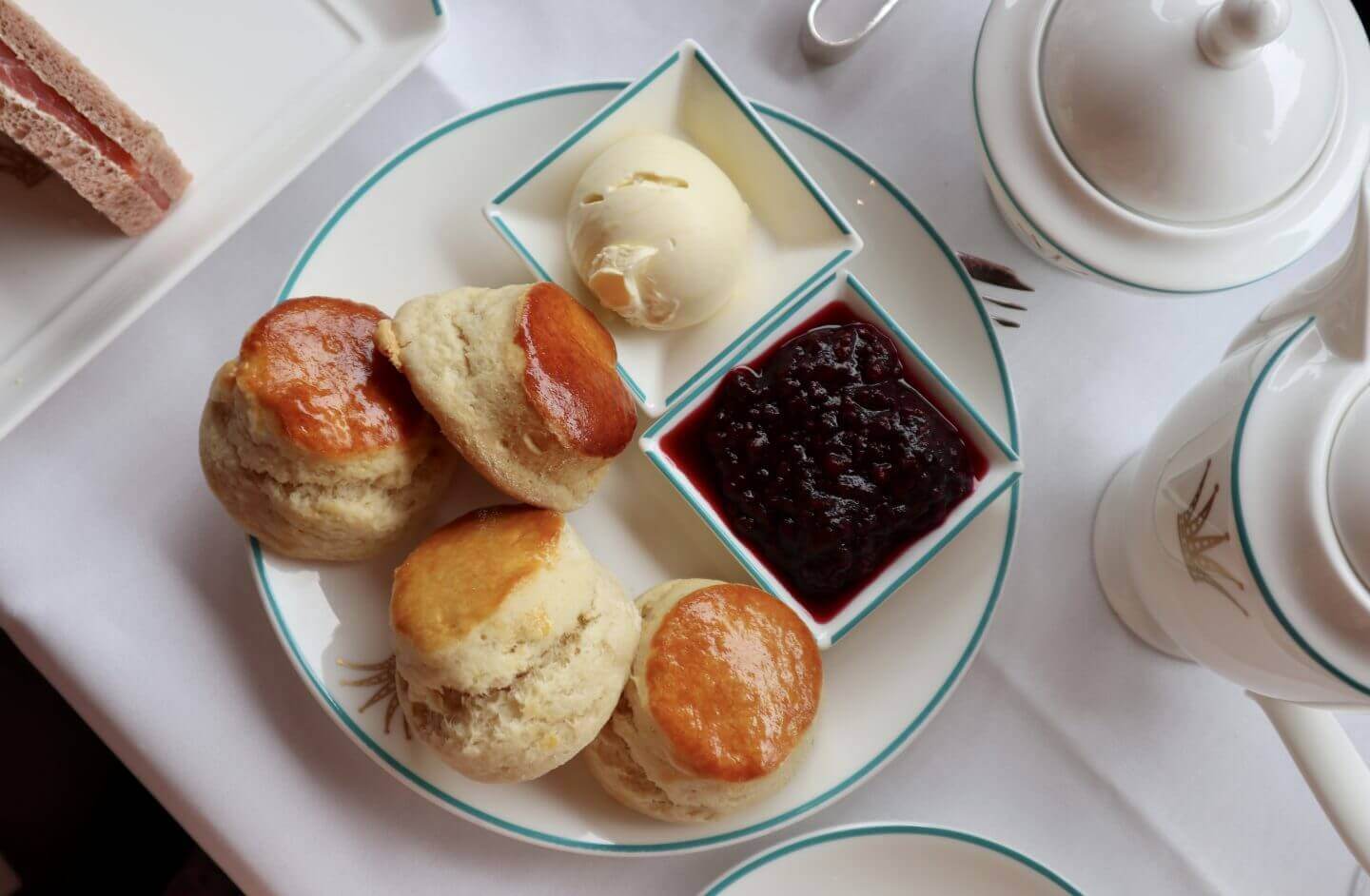 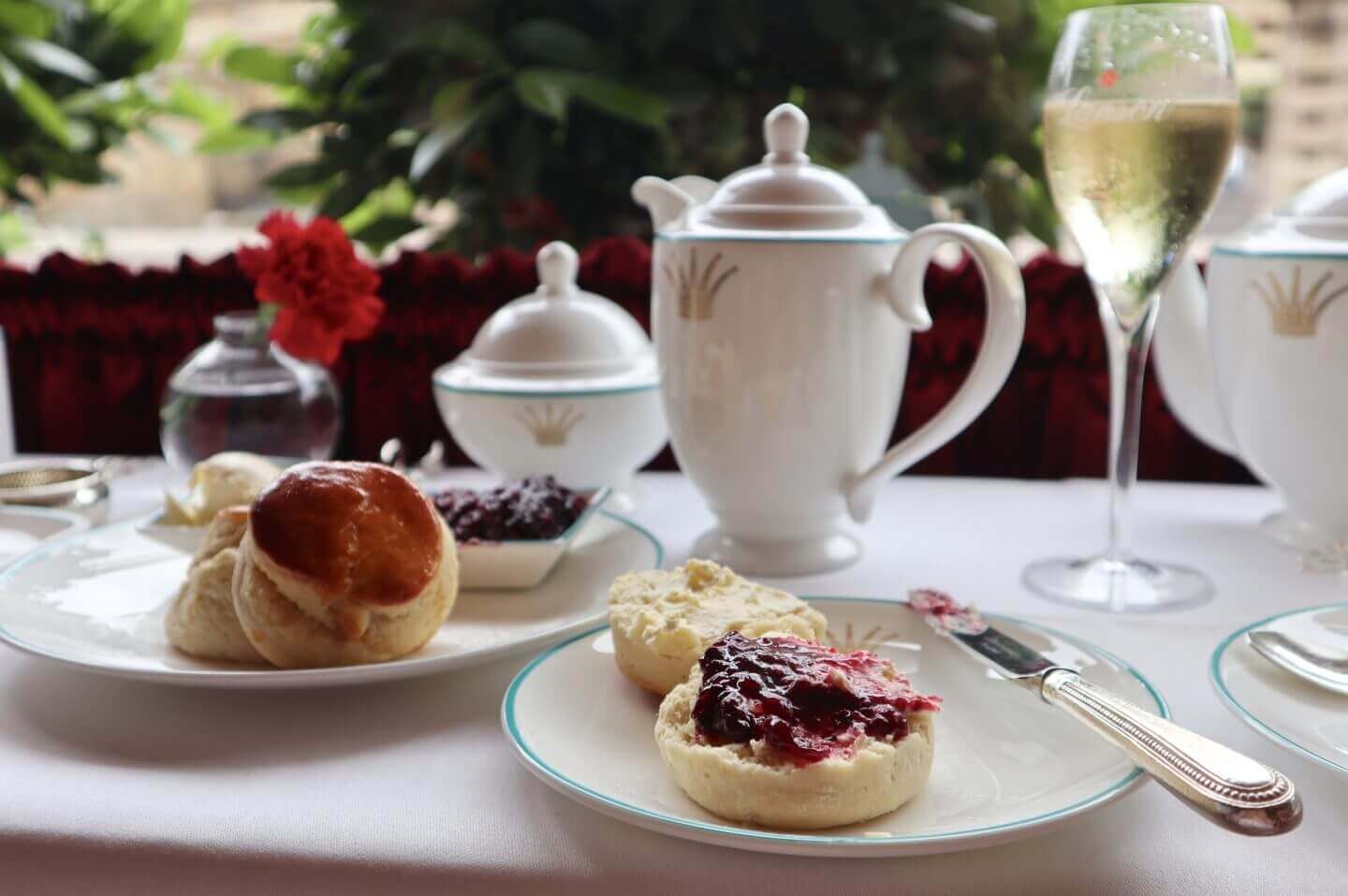 Leaving the best for last as always, we finally tucked into the beautiful sweet pastries, starting with the ‘Bread & Butter’, a lemon sponge tart topped with pudding cream delicately infused with flavours of sourdough bread, rose and raspberry, a delightful take on the classic British dessert which was a favourite of the late Princess Diana. I’m personally not a huge fan of bread and butter pudding (don’t judge me), but I would happily devour this levelled up version anytime.

I am however very much partial towards anything choux-based and really enjoyed the ‘Seasonal Rubens Éclair’, an homage to Prince Charles’ sustainable farming, which was a light and perfectly formed blueberry éclair filled with a vanilla diplomat cream.
An ode to the late Prince Phillip who loved a good apple dessert was the ‘Royal Macaron’, a coffee macaron with caramelised apples in the middle, encased within a coffee and white chocolate ganache.

‘The Fruit from The Queen’s Orchard’ was a tribute to Her Majesty, The Queen’s orchard at Windsor Castle, a cream cheese mousse presented in the shape of a peach which contained a white and yellow peach compote in the centre, beautifully finished with a shiny peach glaze.
And of course no royal occasion would be complete without a crown, an edible one in this case, based on chocolate which is a firm favourite of Her Majesty, The Queen. ‘The Crown’ was a rich cinnamon chocolate mousse sat on a brownie biscuit with a ring of coconut marshmallow and garnished with some edible gold leaf for that added touch of luxury. A decadent treat that Her Majesty would approve of, I’m sure. 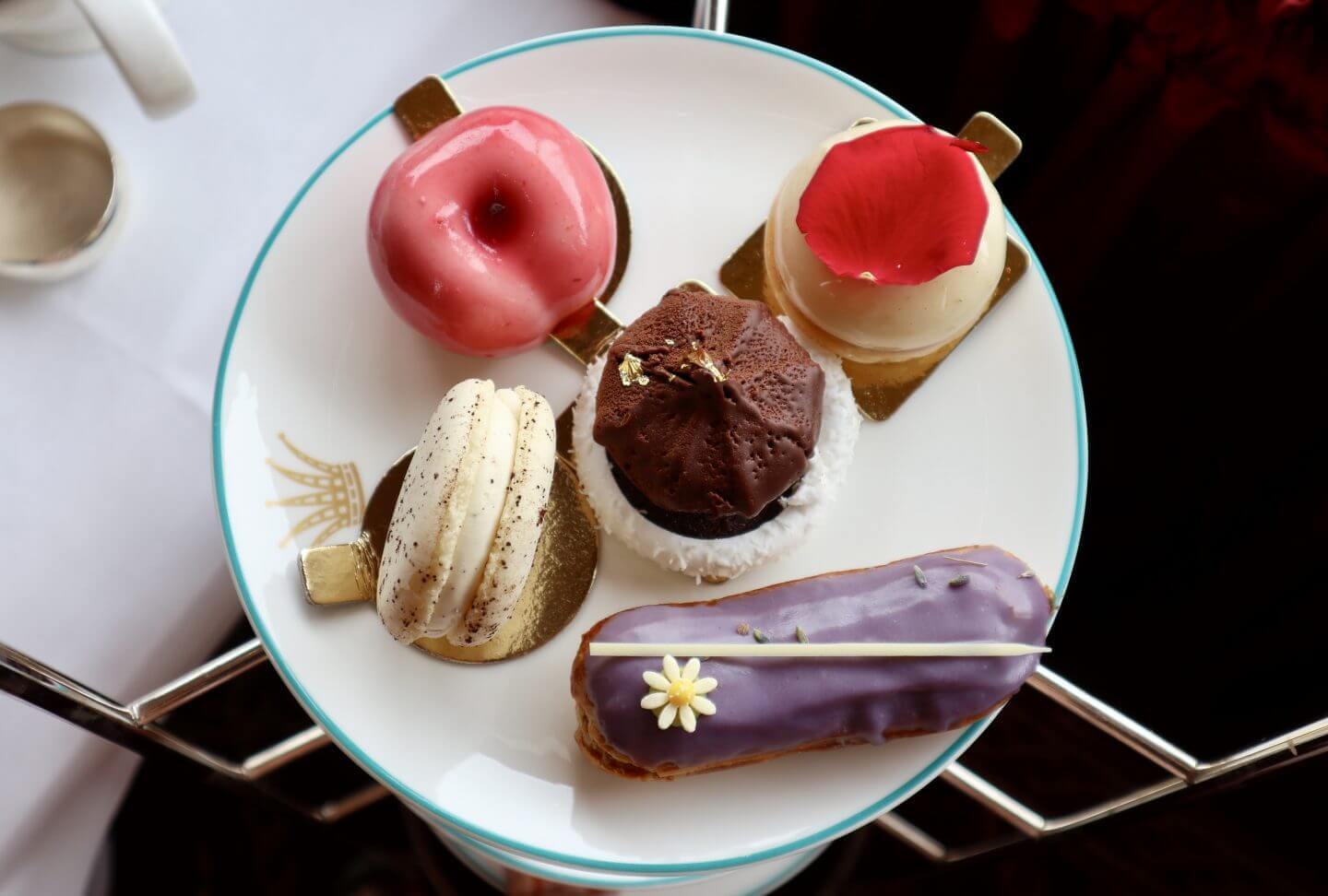 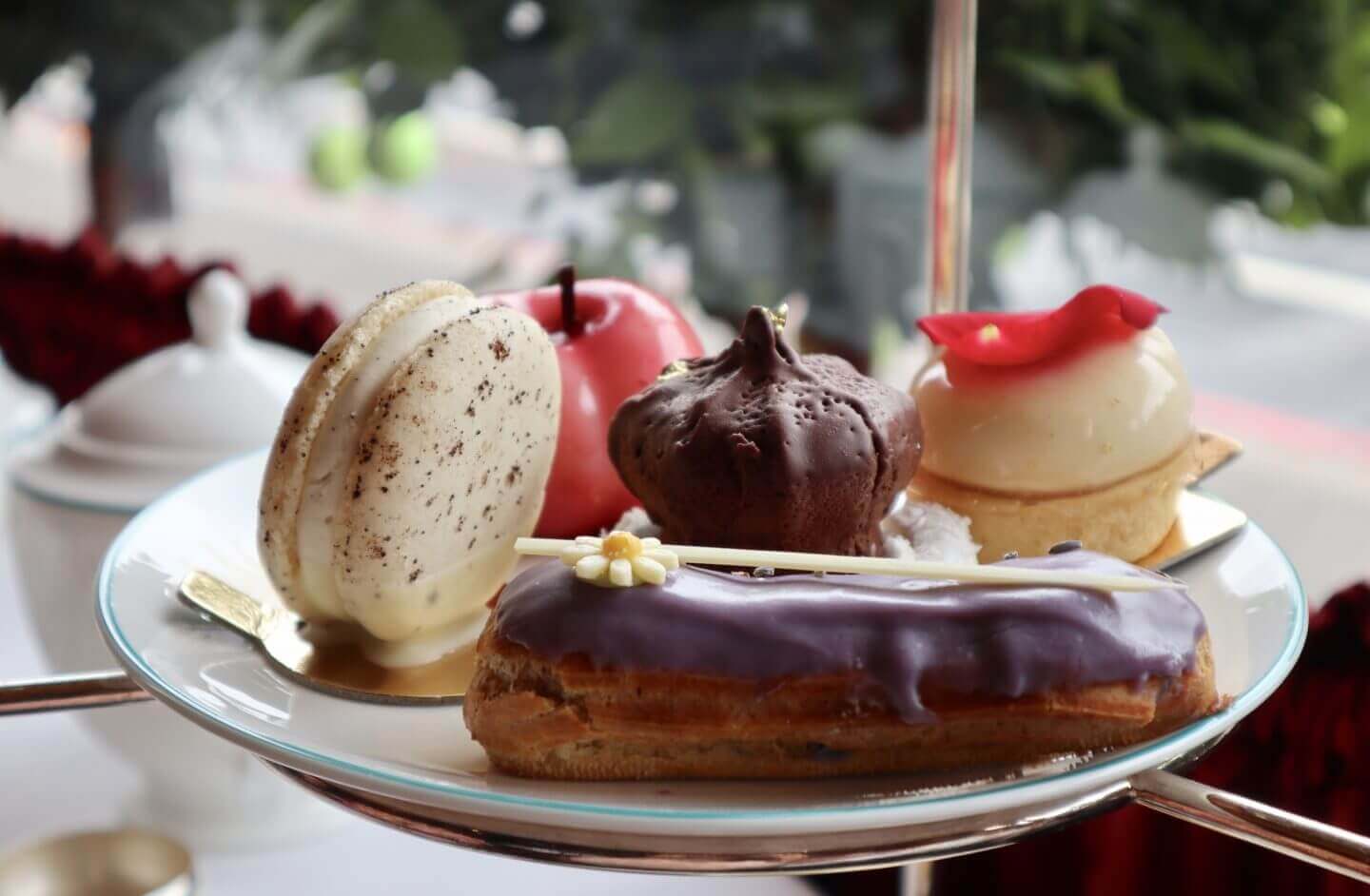 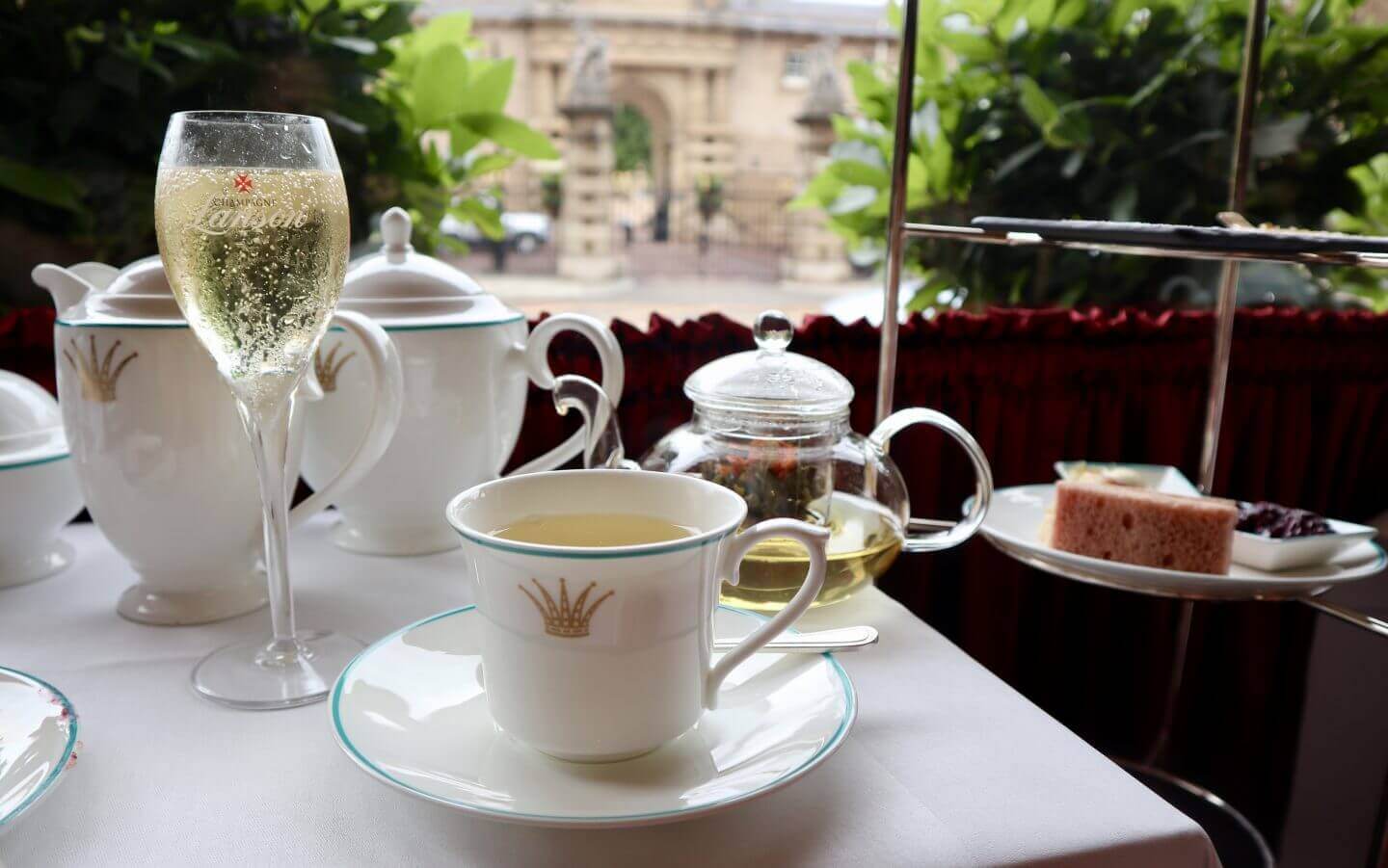 Afternoon tea is served 7 days a week in the Palace Lounge from 12pm – 5pm (Monday – Friday, Sunday) and 12pm – 6pm (Saturday). The Royal Afternoon Tea is priced at £45 per person, or if you love champagne as much as I do, then I would highly recommend this Bottomless Champagne option which is priced at £75 per person, because we all deserve a little sparkle in our lives.

We are proud to announce that we now have our very own branded Afternoon Tea gift vouchers at a variety of our venues. The perfect gift for the tea lover in your life!

Enjoying Wimbledon is as much of a sport as taking part. If you are watching it at home be prepared with these summer essentials. Or book a specially themed Afternoon Tea if you want to venture out.