If you are taking Afternoon Tea at one of our wonderful venues located in Chelsea, why not build up an appetite by exploring some of the area's history and hidden gems? 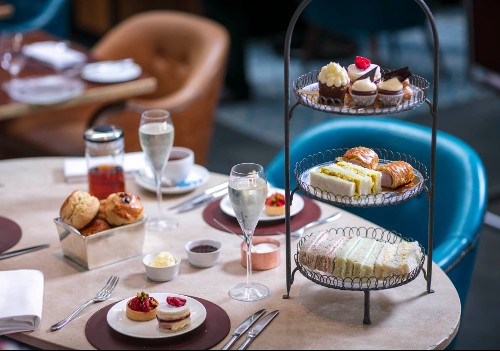 Chelsea is a prosperous and fashionable area with its frontage running along the north bank of the River Thames from Chelsea Bridge along the Chelsea Embankment, Cheyne Walk, Lots Road and Chelsea Harbour. The eastern boundary is Chelsea Bridge Road and the lower half of Sloane Street, including Sloane Square, along with parts of Belgravia. To the north and northwest, the area fades into Knightsbridge and South Kensington.

For centuries Chelsea had been secluded and cut off from the growth of London by a natural barrier of creeks running north from the Thames (where Victoria Station now stands) and by various riverside marshes. From the early 16th century, however, Chelsea, with its fresh country air and pleasant riverside location became a popular location for the wealthy.

It was even described as "a village of palaces" from the time when the greatest of its inhabitants Sir Thomas More built his house there. Later the Duke of Norfolk, the Earl of Shrewsbury and King Henry VIII himself all had houses here, and the area was the childhood home of Queen Elizabeth I. Chelsea remained rural and served London to the east as a market garden, a trade that continued until the 19th-century development boom which caused the final absorption of the district into the metropolis. In the 18th century the area was famous for the great Ranelagh pleasure gardens with their vast ornamental Rotunda painted by Canalatto. The village of Chelsea also offered a quiet retreat for fashionable, if not over-wealthy London writers. In May 1711, Jonathan Swift, author of 'Gulliver's Travels' wrote of the sweetness of the air in Chelsea's flowery meadows. In the early 19th century, the famous French author Stendhal was charmed by Chelsea's 'small houses surrounded by rose-bushes which seemed to me truly elegiac'. 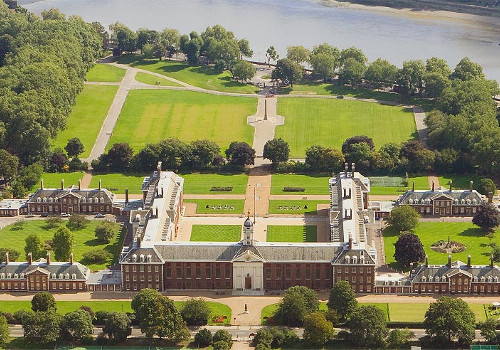 One of the area's largest landmarks is the Royal Hospital, which is home to over 300 retired British soldiers (known as the 'Chelsea Pensioners') and the site of the annual RHS Chelsea Flower Show. Founded over 300 years ago in the reign of King Charles II, the elegant buildings you see today were designed by Sir Christopher Wren in 1682 and extended by Sir John Soan in the nineteenth century. You can visit the museum and shop free of charge Monday to Friday and tours are also available. 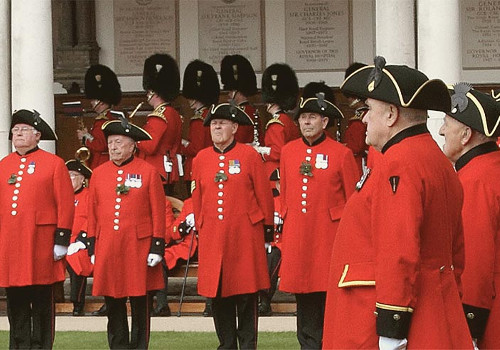 Of special interest to the Afternoon Tea enthusiast is the fact that Chelsea once had a reputation for the manufacture of Chelsea buns (made from a long strip of sweet dough tightly coiled, with currants trapped between the layers, and topped with sugar). And as for plates to eat the buns off, as well as teapots and teacups, Chelsea was well supplied with those from the world-famous china factory which started here in the mid-18th century.

Chelsea also once had a reputation as London's bohemian quarter, the haunt of artists, radicals, painters and poets. Its reputation stems from a period in the 19th century when it became a sort of Victorian artists' colony: painters such as Dante Gabriel Rossetti, J. M. W. Turner, James McNeill Whistler, William Holman Hunt, and John Singer Sargent all lived and worked here. There was a particularly large concentration of artists in the area around Cheyne Walk and Cheyne Row, where the Pre-Raphaelite movement had its heart.

Chelsea flourished fashionably again, brightly but briefly, in the 1960s. It was the focus of 'Swinging London' in the period of the mid- to late-1960s and the early 1970s. Its epicentre was the King's Road, which runs the length of the area. The western end of Chelsea was packed with boutiques selling joss sticks, velvet caftans, medieval-style tabards and floor cushions, with many of the hippest trendsetters of the time being customers, including Keith Richards, Twiggy, and many others. 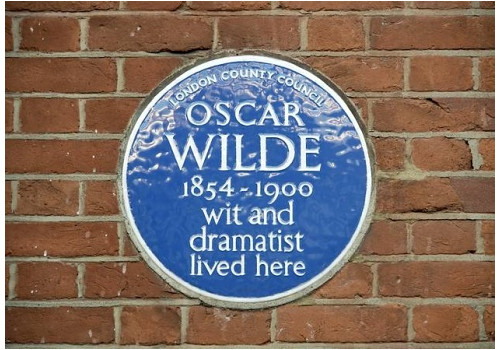 King's Road remains the major artery through Chelsea and is still a very busy road. It is now home to many of the same shops found on other British High Streets, shops such as Gap and McDonald's. Sloane Street, which runs north from Sloane Square towards Knightsbridge is quickly catching up with Bond Street as one of London's premier shopping destinations. Here the well-heeled shopper will find Cartier, Tiffany & Co, Dolce & Gabbana, Prada, Gucci, Dior, Louis Vuitton, Jimmy Choo, Giorgio Armani, Yves Saint Laurent, Chanel, Valentino, Bvlgari, Gianni Versace and Graff - among many others. And even if you aren't well-off enough to buy, indulging in a a bit of window-shopping is a nice, leisurely way to spend an afternoon. 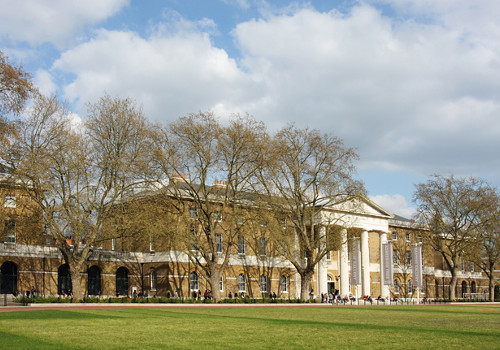 The Saatchi Gallery of contemporary art is situated just off Sloane Square at The Duke of York's HQ. Opened by Charles Saatchi in 1985 in order to exhibit his collection to the public the gallery is open 7 days a week and entry is free of charge.

The best places in the UK to enjoy the great British tradition of Afternoon Tea were revealed at the Afternoon Tea Awards 2019, sponsored by AfternoonTea.co.uk and new reservation system, Time For Food.

The AfternoonTea.co.uk team visited The Orangery at Blenheim Palace to enjoy their special Churchill Afternoon Tea, which features a selection of tasty treats based on recipes created by Churchill's long-time cook, Georgina Landemare.