Felicia Tan took a trip to The Milestone Hotel to try out their exclusive Afternoon Tea Academy Experience...

We spent an afternoon at The Milestone Hotel stepping up our Afternoon Tea knowledge with the exclusive Tea Academy experience in luxury 5 star surroundings. 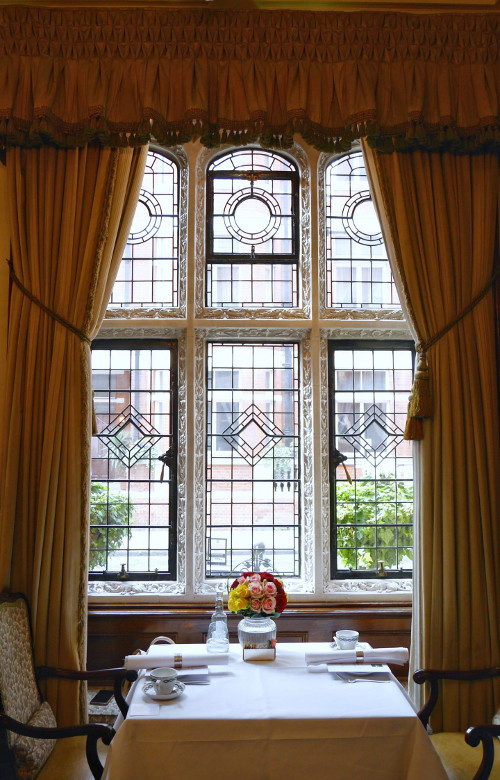 With a lasting positive impression from my last Afternoon Tea experience at The Rubens at The Palace, part of the distinguished Red Carnation Hotel Collection, I was fortunate enough to visit another one of their luxurious 5-star boutique hotels, The Milestone Hotel, awarded a Highly Commended certificate at the Afternoon Tea Awards in recognition of its high quality Afternoon Tea service. Taking its name from the original cast iron milestone that stands against one of its walls, The Milestone Hotel overlooks the grand Kensington Palace, former home to Princess Diana, and Kensington Gardens.

A huge fan of the quintessentially English Afternoon Tea tradition, I was looking forward to taking my knowledge of tea to the next level with their exclusive Tea Academy Experience, hosted by Dananjaya Silva, Managing Director of PMD Tea. P.M.David Silva & Sons was established in 1945 during the Plantation Raj in Ceylon's world famous Dimbula Valley, founded on Brunswick Estate in the fertile Maskeliya Valley. Their philosophy aims to embody family values and both ethical and environmental sustainability, and their teas can be found on the menus of some of the worlds finest hotels.

We were seated in the stunning Chenestons Restaurant, its name derived from an early spelling of Kensington, which featured traditional mahogany furniture and wood panelling - I particularly loved the high ceilings and large ornate windows that created a warm and welcoming atmosphere. The presence of a live pianist playing in the background also enhanced the whole experience. 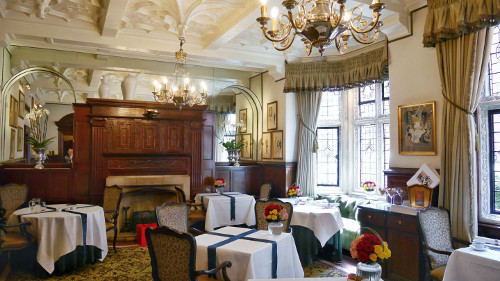 Dan began by entertaining us with stories from his early days when he decided to become a tea planter, before giving us a deeper insight into the history of tea. Although tea is often thought of as being a quintessentially British drink, its history dates back more than 5000 years. The most ancient legend dates back to 2737 BC in China, where the Chinese emperor Shen Nung was sitting beneath a tree while his servant boiled drinking water, when some leaves from the Camellia sinensis tree blew into the water, resulting in an accidental infused drink that we now call tea. 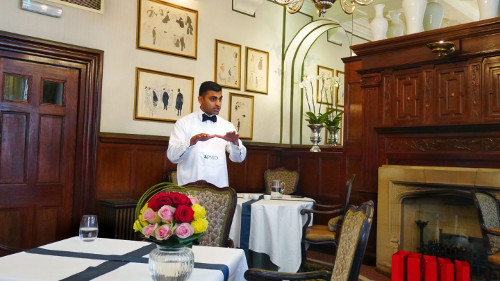 It wasn't until the 17th century when the Dutch East India Company brought tea to Europe, where it rapidly gained popularity. This was followed suite by the British East India Company that started to bring tea into Britain. The marriage of Portuguese princess Catharine of Braganza to Charles II in 1662 proved to be a turning point in the history of tea in Britain, when she brought with her to England a chest of tea. Tea then became the beverage of choice in English high society, replacing ale as the national drink. Tea parties soon became a regular occurrence, and were made more fashionable in the 1800's by the Duchess of Bedford who is credited with the invention of "Afternoon Tea". 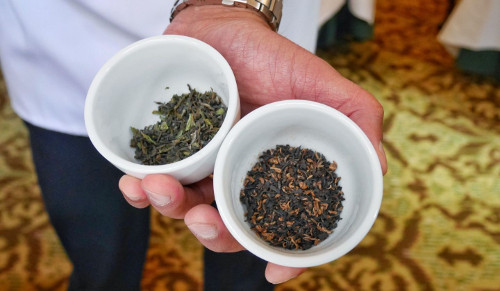 On this occasion, we sampled three special single estate teas, specially selected to be paired with our sumptuous array of afternoon tea treats. "Single estate" refers to any tea that comes from only one tea estate or garden, as opposed to multi origin blends. These teas tend to have unique characteristics particular to that estate for that season, and like fine wines, these will vary from year to year. 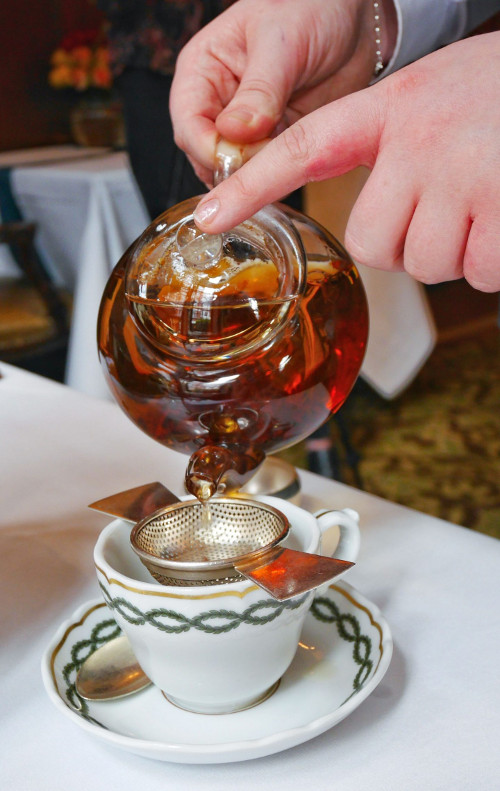 The first tea that we were served was the Assam second flush tea from the Halmari Tea Estate, created from the rare P126A tea bush that produces a golden and tippy tea, giving it a malty rich taste. This was paired with their selection of exquisite hand-cut finger sandwiches which included the classics such as free range egg mayonnaise and Hampshire watercress, honey roast ham and mustard, and Mull of Kintyre Cheddar and tomato, cucumber and cream cheese. My two favourites were most definitely the smoked Scottish salmon and cream cheese on rye bread, and a hearty treat of creamy chicken mayonnaise coated with chopped almonds. 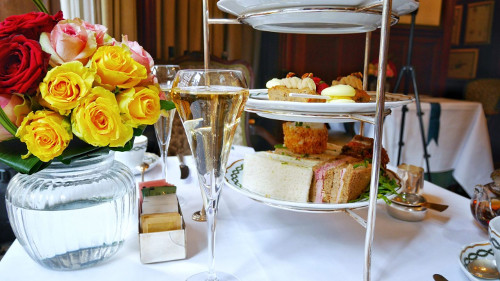 We then progressed on to the lighter Darjeeling first flush tea, grown on Rangdoo Estate in Darjeeling but known globally as Okayti Tea. It was a much lighter pale colour, which is typical of the first flush, exuding floral flavours, hay and the unforgettable muscatel flavour from Darjeeling. 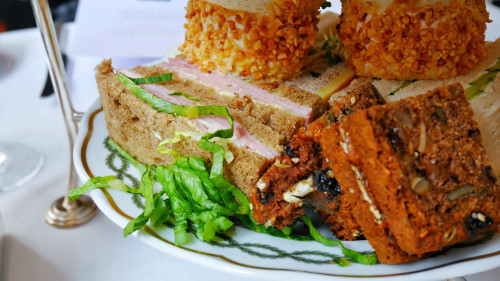 Most venues that I previously visited often serve the second flush so it was nice to try something different. I dived into the vanilla cheesecake which appeared to be a favourite amongst many, and am glad to say that I was not disappointed - it was one of the lightest cheesecakes that I have had with a crunchy, crumbly base … I was certainly tempted to request for extra portions! 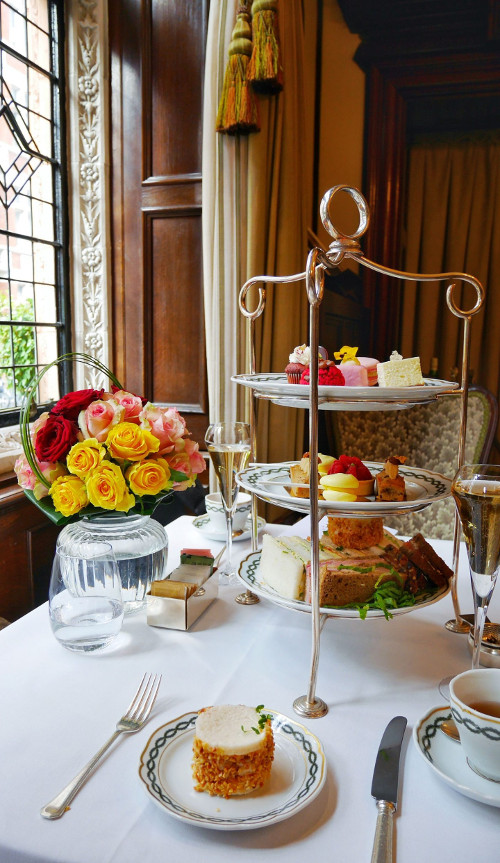 I also really enjoyed the vanilla and blackcurrant cake which had a really smooth, mousse-like texture. The other French pastries and cakes were obviously just as tasty, and overall a really good variety of perfectly formed sweet treats I must say. These included a vibrant chocolate chilli choux, a bite-sized red velvet cupcake, raspberry tart, honey meringue, beetroot and chocolate mousse, a delicious walnut coffee financier, and last but not least, the prettiest pink rose water lychee macaron. 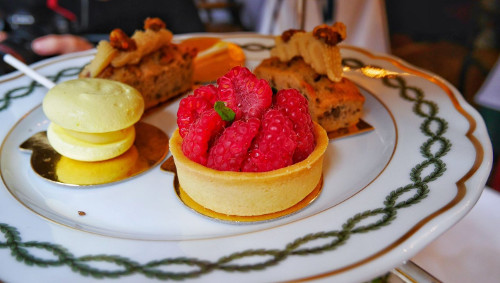 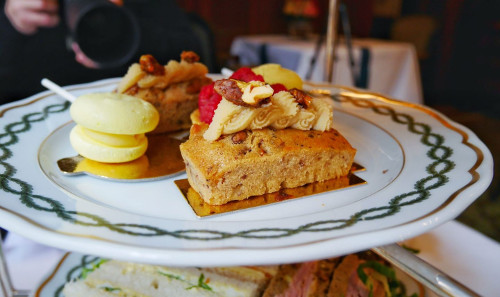 The third and final tea that we sampled was the Ceylon seasonal high grown tea from Inverness Tea Estate, founded by Scottish pioneer planters during the tea boom of the late 1800's. This large leafy tea is rare amongst the tea plantations of Ceylon's western slopes which produces an exquisite tea that carries a rosy note and a lemony citrus finish, best enjoyed without milk and accompanied by sweet treats. 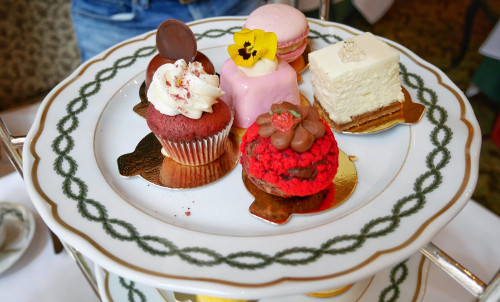 I've always preferred my scones to be served separately from the sandwiches and cakes, and The Milestone thankfully got it right on this note, as our warm, freshly-baked plain and raisin scones were swiftly brought to us just as we had finished with the other delicacies. This was served with Devonshire clotted cream and home-made strawberry preserve, and a quick survey round the room concluded that we were all partial towards the Devonshire way! That's cream before jam in case you didn't know. The Cornish way is jam first, then cream. 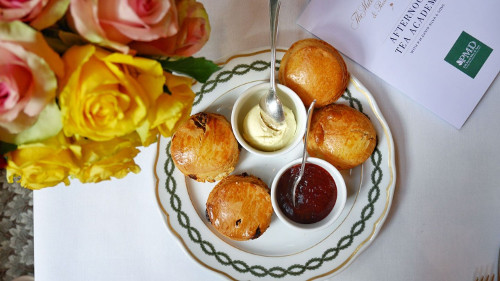 On the whole, it was a truly enjoyable afternoon, having been presented with a beautifully executed afternoon tea accompanied by an educational and interactive tutorial by our ever-engaging host, Dan. If you're looking for an upgrade from your regular Afternoon Tea experience, this is surely one to look into. 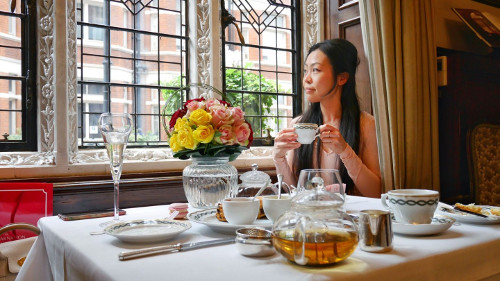 Afternoon Tea is an experience best shared with loved ones, whether its friends or family. No-one wants to be left out, so we've compiled a list of the top 10 Afternoon Teas that are fun for the whole family.

Liquid Afternoon Tea at GŎNG - Shangri-La at The Shard

We visited GŎNG Bar at London's Shangri-La Hotel to try their exciting new Liquid Afternoon Tea with expertly crafted cocktail pairings on the 52nd floor of The Shard.