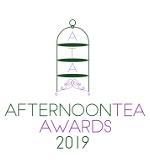 Enjoy the quintessential British tradition of Afternoon Tea at The Rubens at the Palace, overlooking the Royal Mews of Buckingham Palace.

Afternoon Tea is served in the Palace Lounge where the relaxed ambience is perfect to watch the activity at the Royal Mews opposite, or you can step outside to share in the unforgettable daily pageant of the Changing of the Guard.

The pastry kitchen at The Rubens is led by their talented pastry chef Sarah Houghting, who has crafted the Royal Afternoon Tea inspired by Royal events and dining trends throughout the centuries. Their sandwiches, scones and pastries are prepared fresh each day, including delights such as a Jam Penny and an Earl Grey Crown Jewel.

The Tea's are supplied by PMD Teas: P.M. DAVID SILVA & SONS was established in 1945 during the Plantation Raj in Ceylon's world-famous Dimbula Valley, and they have developed a reputation for serving the world's most sought-after teas that are hand plucked and ethically sourced. The Rubens at The Palace hotel is now serving an exquisite £500 pot of Golden Tips Tea.

The Rubens at the Palace lies at the heart of London's biggest tourist attractions and is the closest hotel to Buckingham Palace, within easy walking distance of Victoria Station and some of London's best shops and restaurants.

Please inform the venue 24-hours prior to your visit of any allergies or dietary restrictions to avoid additional waiting time. Vegetarian, vegan and gluten-free options available.

Please complete the form below to send a group enquiry to this venue.

Offers at this venue