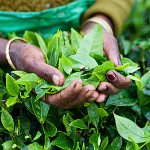 Tea is a drink that is produced from the combination of cured leaves of the Camellia Sinensis (tea) plant with hot water. Tea is the second most popular beverage in the world, after water. The Camellia Sinensis plant thrives growing in tropical and sub-tropical climates, hence its origins on the continents of Asia and Africa.

The first recorded consumption in the history of tea was in China, as early as the 10th century BC. Soon, it spread to Korea and Japan. During the 16th century Portuguese exploration of the Far East, tea was traded with the West and as a result, the tea plant spread to the rest of the world. It has been said that Catherine of Braganza, the Portuguese queen consort to King Charles II, introduced the drinking of tea in the UK.

It wasn't until the 19th century until tea drinking became a common pastime for all the social classes. Now, tea drinking occurs as a daily occurrence not just as a component of afternoon tea or a tea party. In the UK, it has become a 'national drink' of sorts and an integral part of British culture. 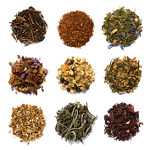 There are (at least) four different types of tea: white tea, green tea, oolong tea and black tea. The type of tea depends on the type of tea processing it undergoes. Tea leaves are prone to wilt and therefore oxidise, if they are not dried quickly. As the chlorophyll breaks down, the tea leaves darken and release tannins; this process is called fermentation in the tea industry.

Tea as we know it in the UK is more often sold as teabags. Most popular brands of teabags are usually made by blending a variety of different teas together. Tea is renowned for containing numerous antioxidants and less caffeine than coffee. There are also certain teas used in diets and tea for weight loss.

Buy tea & teawares from our partners Fortnum & Mason,
Twinings and Whittard of Chelsea

What is Afternoon Tea?

What is High Tea?