Tea consumption increased dramatically during the early nineteenth century and it is around this time that Anna, the 7th Duchess of Bedford is said to have complained of "having that sinking feeling" during the late afternoon. At the time it was usual for people to take only two main meals a day, breakfast, and dinner at around 8 o'clock in the evening. The solution for the Duchess was a pot a tea and a light snack, taken privately in her boudoir during the afternoon. 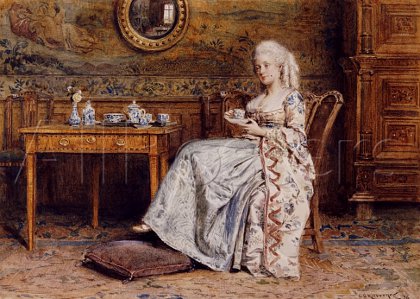 Later friends were invited to join her in her rooms at  Woburn Abbey and this summer practice proved so popular that the Duchess continued it when she returned to London, sending cards to her friends asking them to join her for "tea and a walking the fields." Other social hostesses quickly picked up on the idea and the practice became respectable enough to move it into the drawing room. Before long all of fashionable society was sipping tea and nibbling sandwiches in the middle of the afternoon. 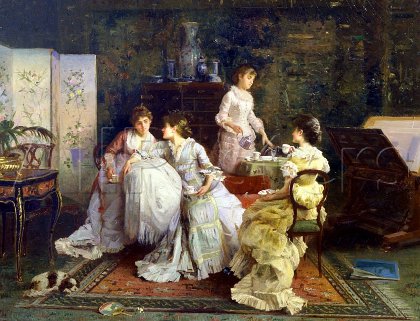 Occasionally you will see hotels serving a 'high tea'. Traditionally, the upper classes would serve a 'low' or 'afternoon' tea around four o'clock, just before the fashionable promenade in Hyde Park. The middle and lower classes would have a more substantial 'high' tea later in the day, at five or six o'clock, in place of a late dinner. The names derive from the height of the tables on which the meals are served, high tea being served at the dinner table.

Many visitors from overseas still imagine that we are a nation where, in the words of the well-known song, 'at half past three, everything stops for tea'. Sadly these days Afternoon Tea is usually only an occasional luxury for the British; a birthday treat in a country house hotel, or a welcome break from a hectic days shopping 'in town'. Luckily the tourist is still able to indulge in a little bit of British tradition for themself.

What is Afternoon Tea?

What is High Tea?